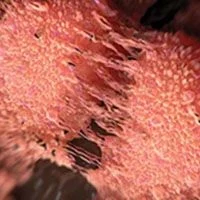 Patients with prostate cancer who present with unwanted pathology following radical prostatectomy continue to be at high risk of recurrence.2 This includes patients with pelvic lymph node involvement, Gleason prostatectomy scores of 8 to 10, and extra-prostatic extension or invasion of seminal vesicles or invasion of nearby organs. When this patient population recurs, their PSA is seen to rise rapidly from the PSA trigger level of 0.1 ng / mL or 0.2 ng / mL to 0.4 ng / mL, which means a progression; this can occur during the planning and administration of lifesaving radiation therapy and before the response of the PSA to lifesaving radiation therapy can be assessed.3

As a result, men experience earlier progression during salvage radiation therapy compared to adjuvant radiation therapy. For this reason, the researchers set out to determine whether people with unwanted pathology during radical prostatectomy could benefit from adjuvant therapy over rescue.4

The study involved a cohort of 26,118 men with a median age of 62 years (range, 57-67) with pT2-4N0 or N1M0 prostate cancer who had been treated consecutively between June 23, 1989 and July 26, 2016. This treatment required to include radical prostatectomy and pelvic lymph node assessment, after which the patients were followed for possible adjuvant radiotherapy treatment or early rescue.

The study took place at several institutions, including the Hamburg-Eppendorf University Hospital; CHU de la Charité; Ulm University Hospital; University of California, San Francisco; and the Johns Hopkins Medical Institution. The patients included in the study were stratified according to the presence or absence of undesirable pathology.

Those with undesirable pathology who underwent adjuvant versus salvage radiotherapy had a significantly higher proportion of pT3a or greater (97.90% and 94.48%, respectively; P = 0.002) and positive margin disease (82.71% and 45.68%, respectively; P<.001 additionally those who received adjuvant therapy had a significantly higher proportion of patients with margin-positive disease and>PP = .06) vs early salvage radiotherapy with undesirable pathology excluding pN1.

“In conclusion, three randomized trials and one meta-analysis found no difference in progression-free survival for adjuvant compared to early use of salvage radiation therapy. However, a benefit may have been missed in men with undesirable pathology during radical prostatectomy due to insufficient potency and the presence of an immortal time bias, ”the authors concluded.

Skin cancer scar helps me remember to protect myself