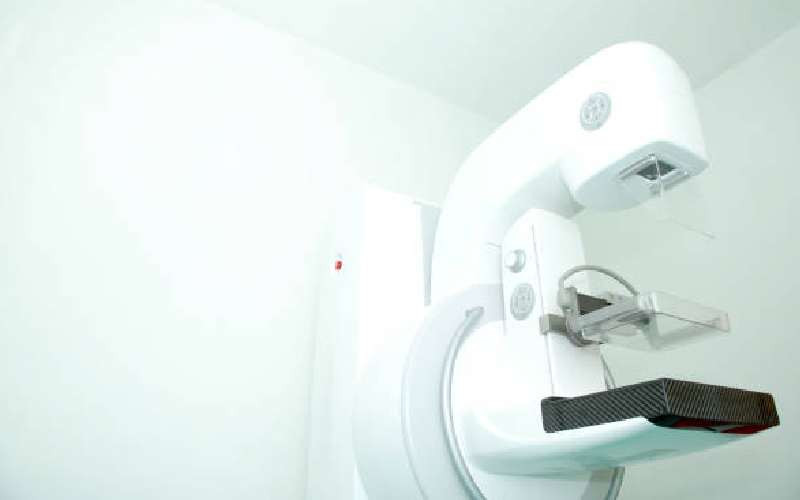 “I need you to get this scanner from the county referral hospital,” I told him after the exam. “It’s called a mammogram. We don’t have one at this facility.” It was the season. I had just seen a male patient with a rare type of breast cancer a week earlier. Diseases arrive in battalions; we say. For this male, I had had a long conversation about the scanner with my colleague who graciously co-wrote this piece.

Breast cancer is the most frequently diagnosed cancer and represents one in eight cancers worldwide. Experts predict that the number of new cases per year will increase by 40% by 2040. Regardless of cancer type or setting, it is important to note that the only determinant of outcome is the stage at which a patient with cancer cancer presents itself. It is therefore important that as many, if not all, cancers as possible are selected at an early stage to give patients a chance of a cure. This is done by screening.

In breast cancer screening, mammography is one of the recommended screening exams for women over 40. This is an x-ray target on the breasts to detect any precancerous changes before they can be discerned by the hand or eye. Since its invention more than a century ago, the adoption of mammography has been shown to reduce cancer-related mortality by more than 30%. Thus, various cancer treatment guidelines will advise mammography and breast examination as screening strategies to detect breast cancer at an early stage.

The main use of mammography is for early detection. Very small masses or clusters of microcalcifications (early warning changes). They would not be seen on clinical examination by the doctor by ultrasound. Subtle density changes are also suspicious on a follow-up mammogram. Otherwise, they would be adopted normally. The use of mammography is however limited in young people with dense breasts and as such not recommended for women under 40 years of age.

Our anecdotal observation locally is that mammography machines are not as widely purchased and installed in our healthcare facilities as other scanners.

“It will take you 22 years to make a mammography business profitable in Kenya,” according to projections by Africa Telerad. Africa Telerad is a teleradiology company that provides radiology reporting (for CT, MRI, Ultrasound, Mammography, X-Ray) and image archiving and storage to over 100 hospitals across Africa.

This is quite a significant reach and the commercial projection, while economically sensible, does not bode well for cancer care in Kenya. Kenyans are clearly not big consumers of mammography services. Whether that’s because health care providers don’t recommend or people don’t recover is a point of discussion. What is beyond doubt is that a quarter of all cancers among women in Kenya are breast cancers. Even when you group men and women together and count the cancers, breast cancer remains in pole position in 16 out of 100 people.

Although our observations still lack solid scientific data, the enormity of the burden of breast cancer suggests that all available resources should be devoted to it. Certainly, health-seeking culture and behavior will strongly influence the uptake of any medical intervention made available. But Cancer doesn’t seem to respect cultural inclinations at all. The anecdotal observation of Africa Telerad in other countries, particularly in West Africa, points to a systemic push by regulatory and insurance players to regularly consume these services. For example, there is a country with a police force that pays female personnel to have mammograms every year where indicated.

Kenya does not have the culture of mammography. Even national referral hospitals would need greater use of this service. The national government, under the Managed Equipment Service (MES) project, has installed several mammography machines in various county hospitals. Adoption has been low.

As the new government settles in and revamps the National Health Insurance Fund as promised, perhaps capturing mammography as a benefit for all executives will increase uptake. There also needs to be a sustained campaign to make breast education and mammography happen all year round, not just in October.

-Dr Stanley Aruyaru is a consultant general surgeon and author