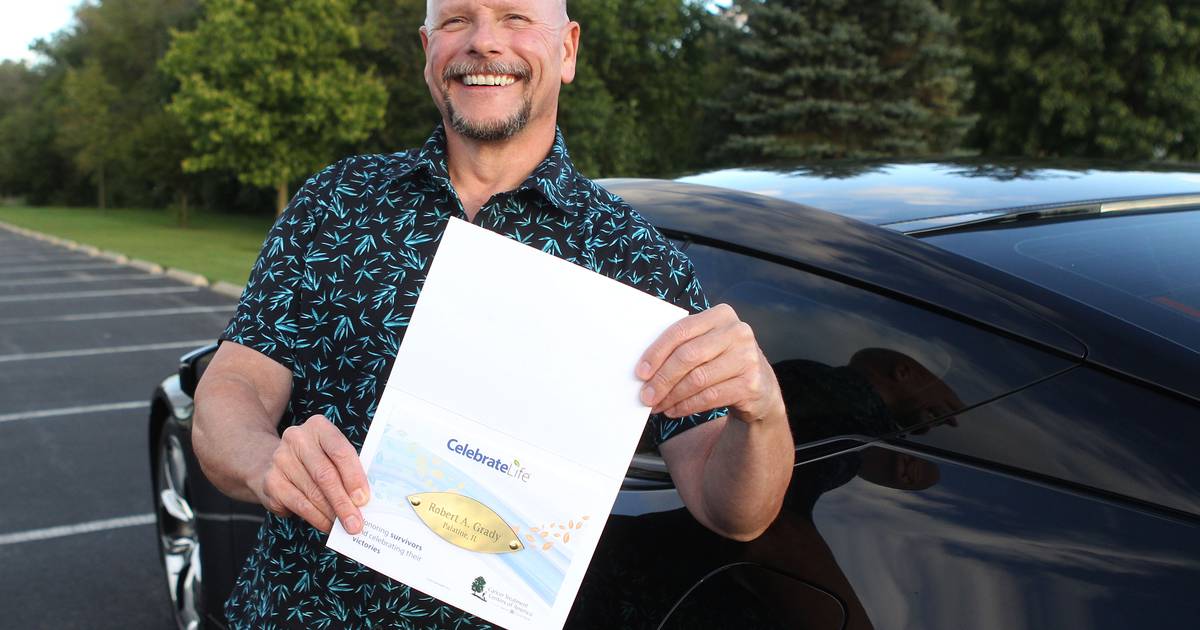 GRAYSLAKE – Recently honored by the Cancer Treatment Centers of America as a five-year survivor, Robert Grady of Grayslake continues to battle the disease as a cancer fighter.

Cancer Fighters are cancer patients, caregivers and people on the cancer journey who volunteer their time to support other patients on their cancer journey. Patients at Cancer Treatment Centers across America created the program decades ago to help each other.

Impressed by the support he received upon entering Zion Center following his diagnosis of prostate cancer, Grady has not only become a resource for other patients, but is now a voice for cancer treatment centers. of America in Chicago.

“As soon as I walked in there, I knew everything. I had everything at my disposal,” said the 57-year-old retired SWAT team and field training police officer. I loved the idea that they had a pre-determined team ready to fight with me. It’s just not the normal hospital. It’s very unique. And I just can’t talk about it enough.

“They take you away and they say, ‘We’re going to help you fight.’ “

Based in Zion, Cancer Treatment Centers of America Chicago, part of City of Hope, is part of a national network of oncology hospitals and ambulatory care centers. Along with surgery, radiotherapy, chemotherapy, immunotherapy and other treatments, the centers offer supportive therapies to manage side effects and improve quality of life during treatment and until survival.

More than 1,000 patients from across the country, including Grady, were honored Sept. 16 in Sion in a celebration of life ceremony. To commemorate the milestone of five or more years since treatment began at cancer treatment centers across America, patients were each given a leaf to add to a surviving tree at the center.

“To get your leaf, to be part of the surviving tree, represents life, stability and growth,” she said. “It was just a good time to see people pull out phones and take pictures.”

Grady, whose parents both died of cancer, remembers seeing the tree when he first sought treatment.

The cancer survivors he has met along the way, including those at the recent Celebrate Life ceremony, have inspired him. All received what Grady described as “a bad hand”.

“And they take that hand and play it to the max,” he said. “You haven’t seen anything but smiles.”

After both of his parents died of cancer, Grady said he always felt like he would fight it one day. When he felt something was wrong, he listened to his body and had it checked.

Diagnosed with prostate cancer in January 2017, he immediately went into combat mode. He opted for surgery to remove the cancer rather than radiation therapy. With his 30-year-old girlfriend Dolly Vole by his side, he told his doctor he wanted to live and could take any side effects.

“My body is not a building. I don’t pay rent. Therefore, I have to evict [the cancer],” he said. “It’s got to go. That’s why I chose surgery.

A cancer fighter helped him know what to expect post-surgery, and Grady said he felt prepared, ready to face anything. About a year later, Grady became a cancer fighter.

As he sat among a group of cancer fighters, each told their story. They were among “the toughest people I’ve ever met,” said Grady, who served as a police officer for 35 years.

The role of helping others suited his nature.

“I said, ‘You know what, I need to talk to people who are first diagnosed with this disease because they’re scared. They’re upset. They’re angry. They’re going through the litany of emotions. They need to talk to someone who’s been there and done it,” he said. “It was done for me before I had surgery and it made me helped tremendously.

Grady advises patients to talk to their doctor or team of doctors and get actively involved in the fight against the disease.

He credits his surgeon, Dr Sutchin Patel, for not only having a successful surgery, but also for making him feel safe and supported. Grady said he never felt rushed during doctor visits. The urology specialist told Grady after the operation that he expected a full recovery and Grady to be able to move on with his life.

A fan of motorcycles, that’s what Grady has done as he begins to enjoy his retirement.

” I am cured. What better result could you have than this. It was the ultimate gift they gave me,” he said. “I just live life and love it.”

Here are some resources, events for breast cancer patients throughout the year | Special Sections