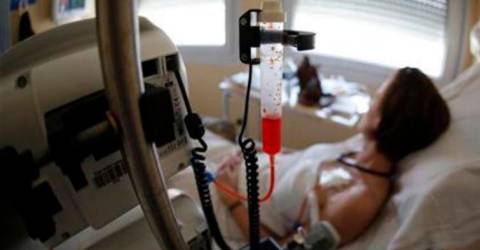 Although rare, men can also get breast cancer

KUALA LUMPUR: Breast cancer is the number one killer disease for women in Malaysia, with one in 19 people at risk of being diagnosed with it. However, men are also prone to the disease.

Statistically, the incidence and prevalence rate of breast cancer in men is lower than in women, with only one case diagnosed for every 100 cases.

Vignesvari Subramaniam, a physician in charge of the care awareness program at the National Cancer Society Malaysia, said that besides age, hereditary genetics and poor lifestyle choices, differences in breast cancer risk factors between men and women are quite distinct.

“In men, testicular conditions determine the risk factor for men to develop breast cancer. This could be caused by chromosomal conditions like Klinefelter syndrome affecting testicular growth, testicular infection, any surgery performed on the testicles or the removal of the testicles,” she said.

Men with Klinefelter syndrome are born with an extra “X” chromosome, which negatively affects testicular growth, leading to a drop in testosterone production, which causes a hormonal imbalance that can trigger breast cancer.

Vignesvari stated that changes and alterations in the body of men can lead to a hormonal imbalance of the estrogen to androgen ratio.

“When the testicles are removed, the level of estrogen in a man’s body becomes higher relative to androgens, creating a higher risk of breast cancer,” she said. the sun.

She said the first step in prevention is self-examination.

“If there are identified painless bumps around the areola, it is advisable to go see a doctor.”

In some cases, male breast cancer is preventable.

“Modifiable” risk factors such as sedentary lifestyle, smoking and alcohol consumption habits, and poor diet can be redirected to reduce breast cancer risk.

“However, for non-modifiable risk factors such as genetics, getting medical treatment is most viable.”

Vignesvari added that the “grading and stages” of breast cancer are roughly similar for men and women.

Once cancer cells have formed, the metacystic stage occurs similarly in both men and women, where surrounding organs such as the lungs, liver, brain, lymph nodes as well as structures such as the bones of the sternum are affected.

“The path it takes and the parasitic nature of cancer are the same in both sexes, although the starting points of the cells are different,” Vignesvari said.

Breast cancer treatments are categorized into two general methods, surgical and non-surgical, depending on the grade and stage of the tumor.

“Surgery for male patients will not involve lumpectomy – a mass removal procedure – due to low breast density. Instead, it will be total breast removal surgery called a mastectomy, to reduce the risk of recurrence.

“At the end of the day, always remember that prevention is better than cure and adopt a healthy lifestyle as the first step in breast cancer prevention.”