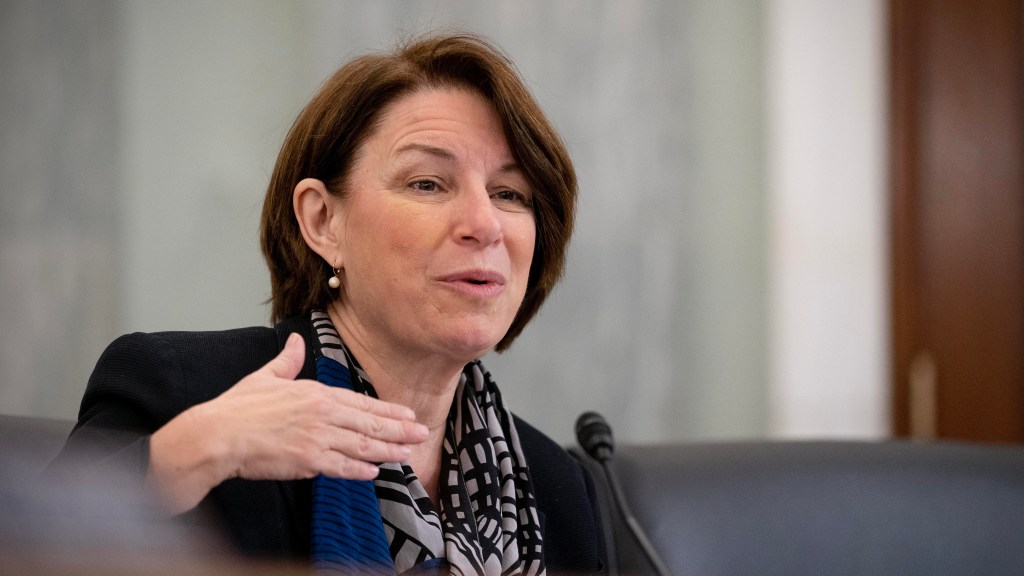 The Minnesota Democrat brought forward the proposal after she was diagnosed with early breast cancer earlier this year and treated for it. And Klobuchar said it’s important to promote medical exams, cancer screenings and other prevention services, as studies show one in three adults have delayed or ignored medical care due to concerns about COVID. -19.

Klobuchar, 61, did just that. In September, she announced that the cancer was detected in February during a routine mammogram that had been postponed due to the pandemic and other pressing matters. She is now cancer free.

“Following my breast cancer diagnosis earlier this year, this issue is personal to me,” Klobuchar said Thursday. “Although I was fortunate to have caught cancer at an early stage, many don’t. Due to delays in care due to the pandemic, doctors continue to see patients who have developed more serious conditions that could have been detected earlier. With this legislation, we have the opportunity to save lives.

Rounds, whose wife Jean was diagnosed with a malignant tumor in 2019, echoed calls to raise awareness of the importance of preventive care.

“Receiving regular health checkups from your doctor could save your life,” Rounds said. “The coronavirus pandemic has caused many Americans to miss or delay appointments for cancer, chronic health issues, and mental health care. We must work to increase awareness of prevention and early detection services available in local, tribal and rural communities. “