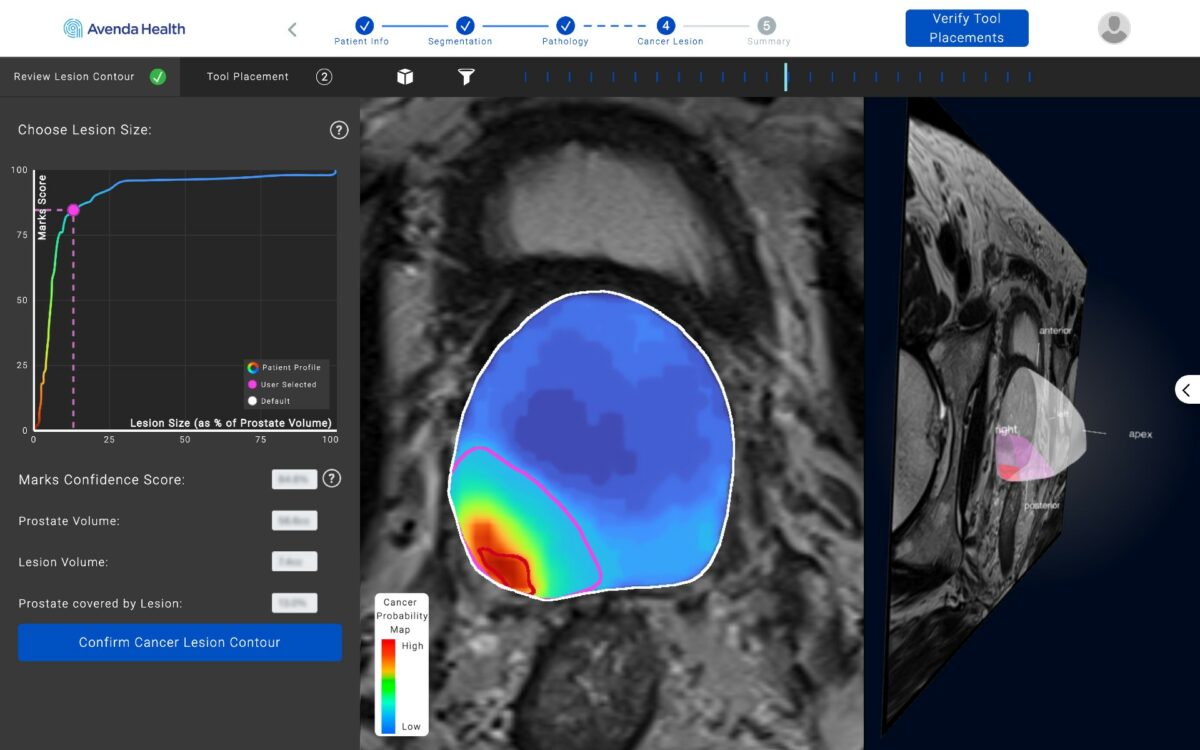 On August 9, the company announced that the United States Food and Drug Administration had granted clearance for a randomized clinical trial of its laser ablation technology to treat prostate cancer.

Then, on August 25, the company announced that it had raised $10 million in Series B funding led by VCapital, a Chicago-based venture capital firm.
Both are key milestones on the road to commercialization of laser heat therapy for treating prostate cancer.

Avenda Health was launched by three UCLA faculty colleagues in June 2017; two of the co-founders – Brittany Berry-Pusey and chief executive Shyam Natarajan – were co-founders of the UCLA Business of Science Center started by the late businessman and innovator Roy Doumani. The third co-founder, Chief Medical Officer Leonard Marks, is a professor of urology at UCLA David Geffen School of Medicine.

The trio sought to develop laser ablation technology to treat prostate cancer that could be applied on an outpatient basis. The technology involves the use of a laser needle and thermal optical sensor to precisely target and treat soft tissue. The extra precision minimizes urinary incontinence and sexual dysfunction, two common side effects of conventional radiation or chemotherapy treatments for prostate cancer.

In developing the laser system, Avenda discovered that more precise mapping of target prostate cancers was needed. They have developed a 3D mapping system that uses artificial intelligence algorithms and probabilities to create a map of the cancerous area which can then be used to guide treatment. Both can be used on an outpatient basis.

The FDA clearance involved the issuance of an investigational device exemption to allow these two technologies to be used together in a randomized controlled trial. The goal is to demonstrate a higher success rate with fewer harmful side effects in treating prostate cancer than chemotherapy or more traditional surgical techniques.

“Our mission is to advance the treatment of prostate cancer so that patients no longer have to choose between treatment or quality of life,” Natarajan said in the company’s announcement.
“Using the latest deep learning technology, iQuest gives physicians and their patients more information to identify the best treatment on an individual basis,” added Natarajan. “We are thrilled to receive IDE’s approval to continue prostate cancer research for the millions of men affected each year.”

According to the announcement, if the clinical trial is successful, it could lead to the first FDA approval of a spot treatment for prostate cancer in more than four decades.

Last year, Avenda received Breakthrough Device Designation from the FDA for its laser ablation system; this designation means that the agency believes it is highly likely that the technology will be better than the current standard of care.

The $10 million fundraising announced by Avenda on August 25 will help the company complete the randomized clinical trial.

VCapital partner Ryan Kole said in the announcement that Avenda’s focus on improving men’s health is part of the reason it’s taking the lead role in the funding round.
“We are thrilled to be part of Avenda Health’s journey to make incredible strides in the future of prostate cancer care,” said Kole. “Investing in something meaningful, innovative and groundbreaking in men’s health is something VCapital is proud of.”

The company said the $10 million in new capital would be used to expand the use of its 3D mapping platform and continue clinical evidence development. This follows approximately $9 million in funds the company previously raised, bringing the total to $19.3 million.