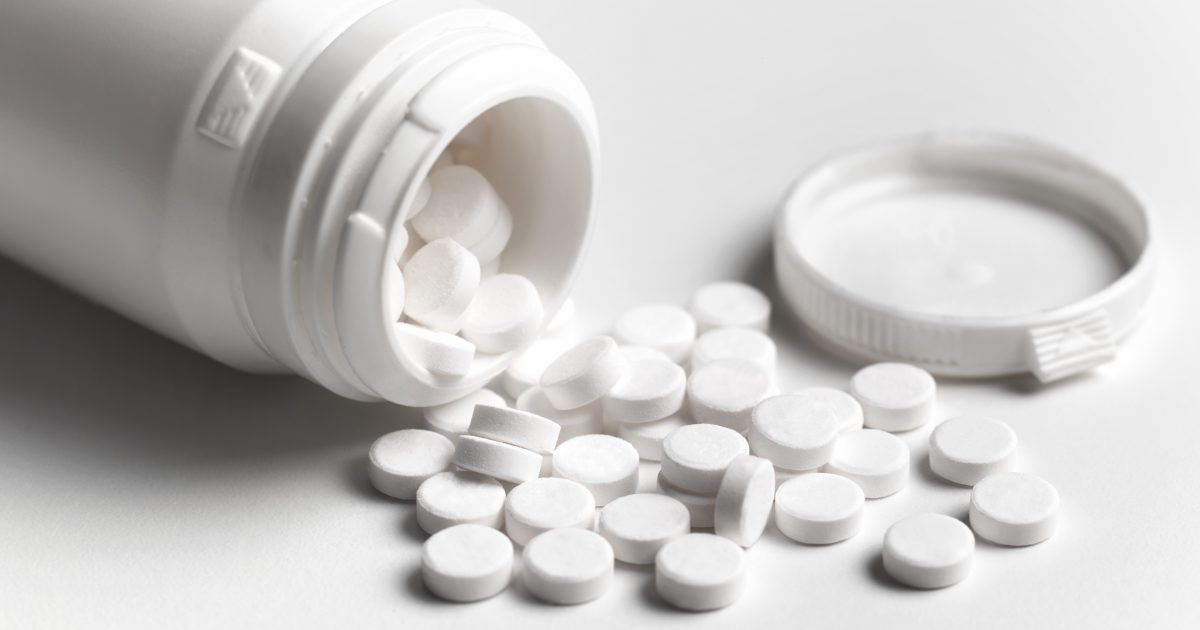 A panel of health experts no longer recommends taking aspirin for colorectal cancer prevention, but experts tell SurvivorNet that an aspirin regimen could be helpful if the pros and cons are weighed against your doctor.

The United States Task Force on Preventive Services (USPSTF) says there is insufficient evidence to show that low-dose aspirin use reduces the incidence or mortality of colorectal cancer. That, combined with the potential side effects some people experience when taking aspirin, led the group to determine that the risks outweighed the benefits. Aspirin can cause life-threatening bleeding in the digestive tract or brain.

In 2016, the panel encouraged doctors to prescribe aspirin for certain patients to prevent cardiovascular disease and colorectal cancer.

When SurvivorNet contacted the USPSTF, a spokesperson said the group did not have enough research to publish new guidance on colorectal cancer.

The group, however, is not asking individuals to stop taking baby aspirin as a preventive measure, according to the spokesperson. On the contrary, the USPSTF encourages people who hope to start or continue taking baby aspirin to speak with their doctor. This way, a professional familiar with an individual’s medical history can make an informed assessment of whether the benefits outweigh the risks on a case-by-case basis.

Related: Your Parents Over 75 Should Keep Getting Screened For Colorectal Cancer – It Could Save Their Lives

Dr. Jane Figueiredo, director of community and population health research at the Samuel Oschin Comprehensive Cancer Institute at Cedars-Sinai Medical Center, published a study on this topic earlier this year in the Journal of the National Cancer Institute, and told SurvivorNet that the evidence is still strong for the benefits of an aspirin regimen.

â€œThe working group’s updated analysis suggests a possible reduction in the risk of colorectal cancer with long-term use of aspirin. But the report stresses that there is not enough information yet, â€says Dr Figueiredo. “One of the concerns they highlight is data from a trial that showed a potentially higher risk of death from colorectal cancer in the elderly. We need more data and more discussion before to make final declarations. “

She continues, â€œThe best approach may be more personalized – anyone who wants to start or stop aspirin should speak with their doctor to assess which is the right choice for them. “

Dr Figueiredo points out that baby aspirin can still cause serious harm even though it is sold over the counter, does not require a prescription, and is not a controlled substance.

â€œA lot of people start taking aspirin before talking to their doctor. The crucial takeaway from these new guidelines is that before buying drugstore aspirin, people should speak with their doctor to review their options and the risks and benefits of each option, â€she explains.

â€œWe found that long-term use of aspirin was associated with a lower risk of having metastatic disease at the time of diagnosis,â€ notes Dr. Figueiredo. â€œAt the same time, we know from the USPTF that there is a risk of bleeding with the use of aspirin. When evaluating the potential benefits of using aspirin, this risk should also be taken into account.

In this study, Dr. Figueiredo details how baby aspirin works to prevent cancer from spreading in some people.

â€œThe underlying mechanisms of aspirin are not fully understood, but studies show that aspirin can inhibit platelet activation,â€ she explains. â€œThis means that aspirin can prevent blood cells or platelets from activating and producing an enzyme called thromboxane A2, which causes platelets to clump. Inhibition of platelet activation could be one way in which aspirin plays a role in preventing tumor cell metastasis.

Related: ‘I Went To Hell And Backwards’: Adele Says Reconciling With Her Father During Her Battle With Bowel Cancer Before He Passed Away Gave Her ‘Peace’

Baby aspirin may be a decision to make with your doctor, but the USPSTF still urges all eligible Americans to have their annual colonoscopy.

Guidance on this has also changed this year, with revised recommendations released in May.

The USPSTF lowered the age at which it recommended screening to 45 while urging clinicians to offer screening to people aged 76 to 85.

The forms of colorectal cancer screening accepted by the USPSTF are:

Symptoms of colon cancer include:

Since these issues can also be common symptoms of other illnesses and sometimes aren’t always a cause for concern, it’s usually best to see a doctor to be on the safe side.

Myth # 1: Colonoscopies are the only way to find colon cancer.

The verdict: Not true. Although colonoscopies are the best way, there are many other methods, such as stool occult blood tests (which look at a sample of your stool) and fecal immunochemical tests (FIT). “The [tests] have different roles and you should talk to a healthcare professional about what’s best for you, but there are many options, â€says Dr. Yeo.

Myth # 2: Only people with a family history can get colon cancer.

The verdict: Not true. â€œIn fact, the majority of people with colon cancer don’t have a family history,â€ says Dr. Yeo. â€œThe reason I specialize is that if we find patients early, cancers can be prevented. We can have very good survival results, so I tell a lot of my patients. It is important to have a positive view of this.

Myth # 3: Only people with symptoms should be screened.

The verdict: Absoutely not true. â€œThe guidelines recently changed because colon cancer has increased in people under the age of 50â€¦ The American Cancer Society recently recommended that we start screening at the age of 45,â€ says Dr. Yeo. And that means everyone.

Chris Spargo is a senior reporter at SurvivorNet. Read more

How cancer treatment and support changed during the COVID-19 pandemic