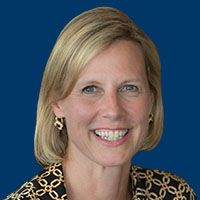 Many Yale Cancer Center professors wrote chapters in a recently published book, A new deal for cancer: Lessons from a 50 years war. In recognition of the 50th anniversary of the historic signing of the National Cancer Act, the book reflects on the decades-long battle to eradicate the hundreds of complex diseases that fall under cancer.

Co-edited by Abbot R. Gluck, Alfred M. Rankin Professor of Law and Director of the Faculty of Solomon Center for Health Law and Policy, and Charles Fuchs, MD, MPH, senior vice president and global head of product development for oncology and hematology at Roche and Genentech, former director of the Yale Cancer Center and chief medical officer of Smilow Cancer Hospital, and professor Assistant of Medicine (Medical Oncology) at Yale Cancer Center, the book builds on a 2018 lecture held at Yale Law School, “Cancer politics, politics and law, Co-sponsored by the Solomon Center and the Yale Cancer Center.

â€œThis book sets out in clear terms how the past 50 years have shaped where we are today but also charts a way forward,â€ said Irwin. â€œAs cancer death rates are 30% lower than the peak of the 1990s, to see continued improvements we need to invest in public health approaches to prevent cancer, improve access to care and close the gap. between the disparities in health versus cancer. We do that, and then we dramatically reduce cancer death rates. “