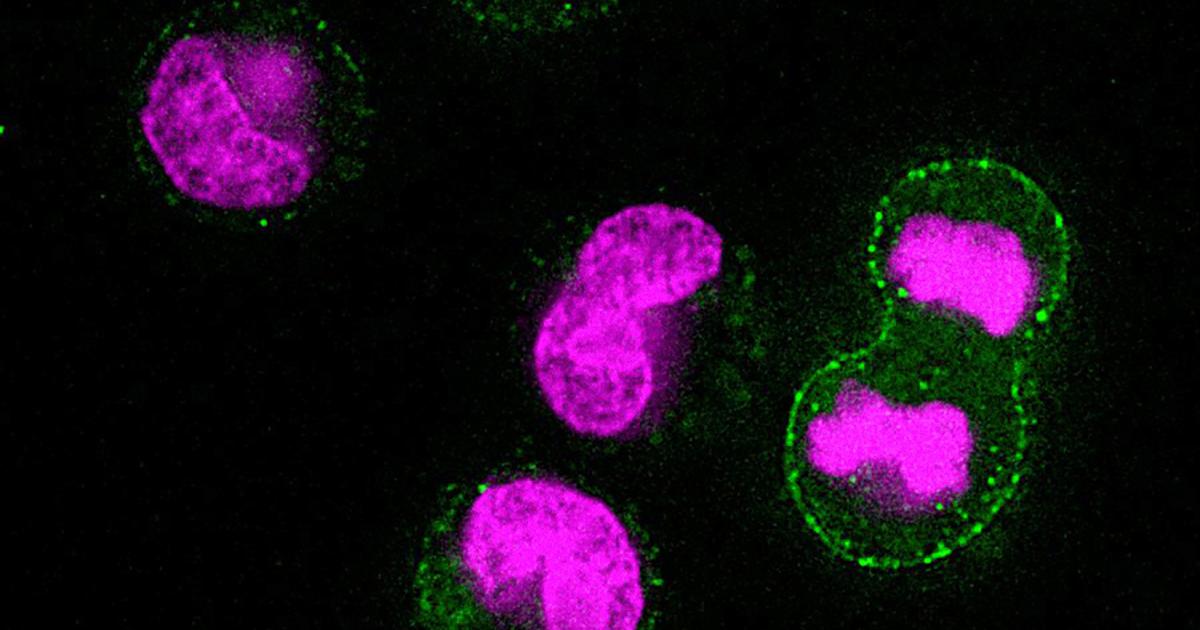 The techniques our cells use to remove waste offer us exciting opportunities to potentially intervene in their behavior, whether it’s clogging these waste disposal systems to beat cancer or repairing their flaws to fight cancer. against Alzheimer’s disease. MIT research has shown how this activity is accelerated during cell division, with the newly discovered mechanism potentially offering scientists a “toggle” to treat these types of diseases.

The breakthrough centers on cellular cleaning organelles called lysosomes, and came when MIT researchers developed a new way to measure the dry mass of cells. This technique took years to develop and involves comparing measurements of the cell in normal water and heavy water dosed with deuterium, from which they can then calculate its dry mass. The technique is presented as an advance on two fronts. Heavy water is toxic to cells, so previous approaches have allowed only one measurement per cell, whereas this system allows for repeated measurements. It also offers insight into cell density and composition.

“Our idea was that if we minimized the exposure of cells to heavy water, we could design the system in such a way that we could repeat this measurement over long periods of time without damaging the cell,” said the lead author. Teemu Miettinen study. “This allowed us for the first time to track not only the dry mass of a cell, which others do using microscopic methods, but also the dry mass density, which tells us about the biomolecular composition of the cell. cell.”

The new tool has been deployed as a way to study a type of cell division called mitosis, with scientists looking to find out what happens to cell mass and composition. Experiments were conducted on cancer cells, which divide more frequently than regular healthy cells, and scientists found that dry mass actually decreased when cells entered mitosis, with this mass regaining once cell division was complete.

Further investigations revealed that as cells entered mitosis, they increased the activity of lysosomes. These cell organelles are responsible for breaking down and removing cellular waste through a process called exocytosis. Lysosomes did this with such fervor that cells lost about four percent of their mass during division.

“Our hypothesis is that the cells could be throwing out things that accumulate, toxic compounds, or just things that don’t work properly that you don’t want to have there,” Miettinen said. “This could allow newborn cells to be born with more functional contents.”

Finding this mechanism could have implications for how we treat disease. Cancer cells divide frequently and are known to expel certain chemotherapy drugs through exocytosis, which helps them become resistant to treatment. The idea is that if exocytosis can be avoided, it could make cancer cells more vulnerable to such therapies.

On the other side of the coin, nerve cells in the brain do not divide at all, meaning they would not experience this phase of increased lysosome exocytosis. This theoretically leaves the door ajar for the buildup of toxic amyloid and tau proteins associated with the onset of Alzheimer’s disease.

We have already seen lysosome activity implicated in Alzheimer’s disease research. A 2019 study demonstrated how these toxic proteins can reverse their molecular structure to present a mirror image of themselves to lysosomes, rendering them essentially indigestible and unable to be eliminated. Other to research advanced the idea that the accumulation of dysfunctional lysosomes in the brain actually accelerates protein accumulation, and that the removal of failed lysosomes could be a form of treatment.

This new understanding of lysosome activity and its role in cell division opens up even more exciting possibilities in the treatment of not only Alzheimer’s disease, but other diseases as well. Finding a way to manipulate this mechanism could effectively provide us with a switch to shape how cells eliminate toxic products.

“There are diseases where we might want to upregulate exocytosis, for example in neurodegenerative diseases, but there are also diseases like cancer where we might want to reduce it,” says Miettinen. “In the future, if we could better understand the molecular mechanism behind this and find a way to trigger it outside of mitosis or prevent it during mitosis, we really might have a new flip-flop to use when treating disease.”

The research was published in the journal eLife.