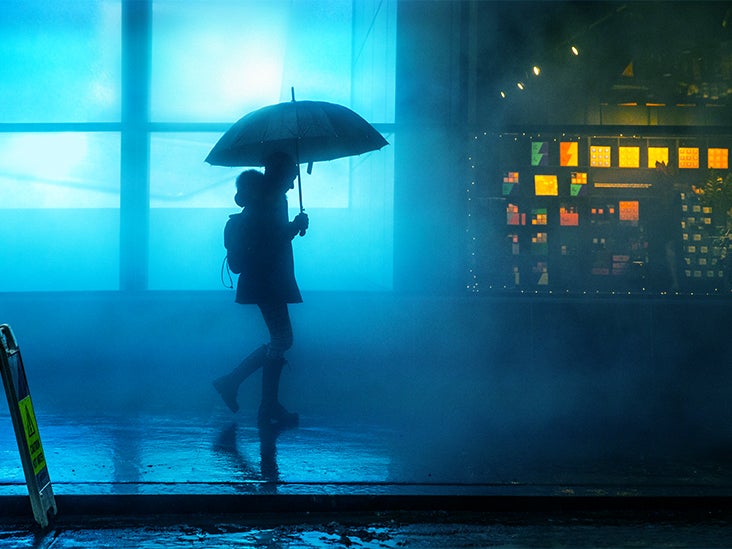 The biological clocks of almost every cell in the body regulate your sleep-wake rhythm over a 24-hour period.

This pattern is known as the circadian rhythm and is underpinned by a molecular feedback loop – the transcription-translation feedback loop – involving specific genes and their protein products.

Lifestyle factors, such as shift work and traveling across time zones, can disrupt circadian rhythms.

Recently, a team of scientists from the Scripps Institute and the University of Rochester Wilmot Cancer Institute discovered another piece of the puzzle – a potential genetic link between lung tumor growth and disrupted circadian rhythms.

The results of this study were published in Scientists progress.

In addition to being responsible for the well-known symptoms of jet lag, circadian rhythm disruption has also been linked to:

Several in human and animal models have indicated that the circadian clock also plays a role in the genesis and progression of cancer.

It is important to note, however, that the carcinogenic potential of circadian disruption is still under debate.

In June 2019, a working group from the International Agency for Research on Cancer (IARC) classified night shift work as a probable human carcinogen.

Yet a 2021 review co-authored by biochemist and Nobel laureate Dr. Aziz Sancar concluded that “the jury is still out on whether circadian disruption can promote cancer in general” due to insufficient data.

To induce chronic jet lag in the test group, the researchers housed the mice in a modified light-dark scheme that mimicked the effects of rotating shift work or frequent eastbound transmeridian flights.

As expected, the researchers found that chronic jet lag disrupted the expression of genes that regulate circadian rhythm (called clock genes) in the lungs, liver and, to a lesser extent, the spleen.

The researchers observed a 68% increase in tumor burden in K mice with chronic jet lag compared to control mice 25 weeks after infection (20 weeks in the chronic jet lag group).

The higher tumor burden was due to an increase in the number of tumors rather than their size, indicating that in this model, chronic jet lag influences early events in tumor progression.

“While several studies have convincingly demonstrated an association between shift work and breast cancer, a few studies suggest this may also be the case for lung cancer, particularly in smokers,” said Frederic Gachon, Ph.D., an associate professor at the University of Queensland’s Institute of Molecular Bioscience, not involved in the study, said Medical News Today.

Based on the results of previous studies, the researchers hypothesized that the oncoprotein c-MYC may be related to increased tumor burden in chronic jet lag. (The c-MYC oncoprotein is a regulatory gene that deregulates in many forms of human cancer.)

“In this study, we showed that gene expression associated with increased [body] temperature is increased in samples taken from animals exposed to circadian disruptions,” said Katja Lamia, Ph.D., associate professor of molecular medicine at Scripps Research and lead author of the study. DTM.

“And other [studies in] people have shown that these genes are associated with increased tumor formation in several types of cancer.

“One implication we are excited about is the possibility of using non-invasive measurement of body temperature to monitor shift workers and identify those who may be at particular risk of the adverse health effects of circadian disruptions.

The researchers also found that pharmacological or genetic inhibition of HSF1 reduces the growth of KRAS mutant human lung cancer cells, paving the way for a potential cancer preventive treatment for people whose circadian rhythms are frequently disrupted.

Asked about the limitations of the study, Dr. Gachon pointed out:

He added that “the role of HSF1 inhibition on cancer cell proliferation has only been assessed in vitro. An in-vivo experience [w]would have been great (if possible).”

Dendritic cell therapy in the treatment of cancer

Elimination of explored surgery for some breast cancer patients