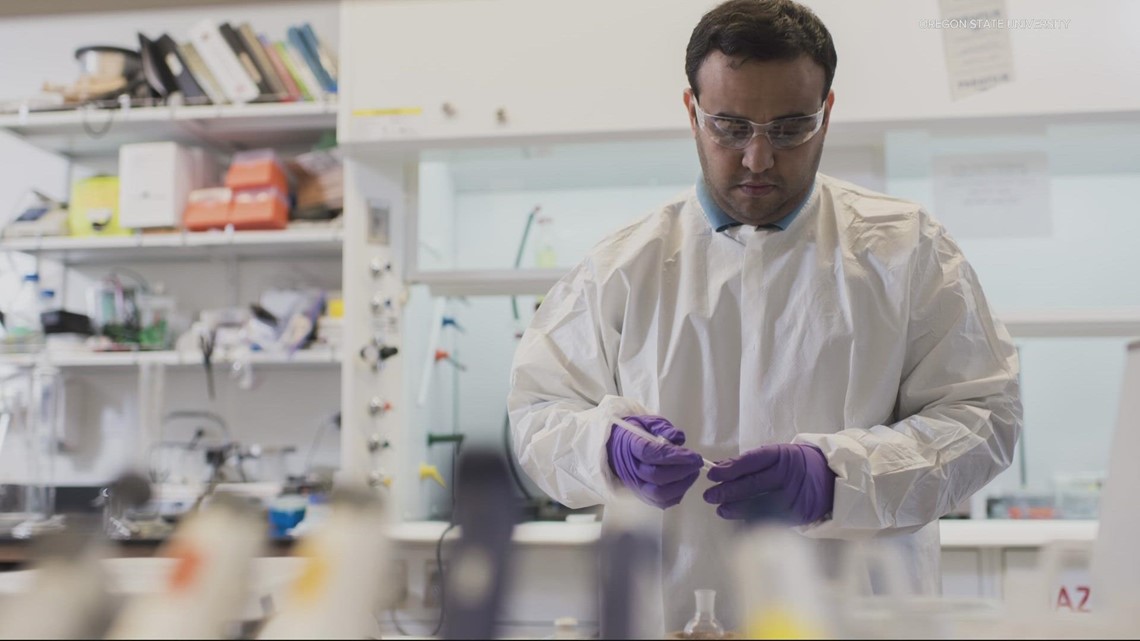 Doctors say the drug is still a few years away from becoming a viable treatment – ​​it still needs to go through human trials and gain regulatory approval.

PORTLAND, Ore. — A team of scientists from Oregon State University’s College of Pharmacy and the Brenden-Colson Center for Pancreatic Care at OHSU’s Knight Cancer Institute have developed a new therapy that, if approved, could significantly increase a patient’s chances of survival. pancreatic cancer.

Doctors say it depends on when the cancer is first detected, but chances of survival generally range from 11% to 30%. Pancreatic cancer is the 4th deadliest type of cancer.

Recently, Alex Trebek and Supreme Court Justice Ruth Bader Ginsburg were added to the list of those who died from the disease.

For the past eight years, Adam Alani and his team at OSU have been working on a drug that would attack certain types of cancer, including those considered hypoxic or oxygen-deficient, such as pancreatic cancer.

“It’s a game of patience and perseverance and eventually you’ll have something that breaks the process.” Alan said.

What broke through for them could be a breakthrough in the fight to beat cancer. Pancreatic cancer is particularly difficult to fight. As it grows, it creates its own micro-environment, erecting a sort of shield that protects it from the drugs that attempt to defeat it. It is also very hypoxic, causing oxygen levels in the cells around it to drop from a normal 12% to less than 1%.

So Alani’s team used the very defense that the cancerous pancreatic tumor uses to defend itself, to defeat it.

They created a drug that protected against low oxygen levels, helping it to survive longer and be more effective at attacking cancer.

There is no early detection of pancreatic cancer. The co-director of the Brenden-Colson Center for Pancreatic Care, Dr. Brett Sheppard, says that usually when signs of cancer present themselves, it’s too late.

“For pancreatic cancer, the patient becomes jaundiced or has abdominal pain, which is not really a detection because by then the disease is quite advanced,” Dr. Sheppard said.

“It’s an example of collaboration between two different sites and that’s how we move forward in this world.” said Dr. Sheppard.

Through trial and error and using mice as research, the two teams found that after 100 days the cancer in the mice was gone.

“We looked at the tumor tissue all over and it became more responsive to treatment, and that’s why we ended up with a mostly healed tumor in the mice and it didn’t come back any more.” Alan said.

It gives hope to someone like Dr. Sheppard, who has spent his entire career trying to find a cure.

“It not only gives me hope, but I hope it gives hope to patients and their families, because we have made a lot of progress.” Shepard said.

Dr. Sheppard said its use as a viable treatment for pancreatic cancer is still a few years away. It is expected to go through several phases of human trials and gain regulatory approval.

You can read the full research results here.