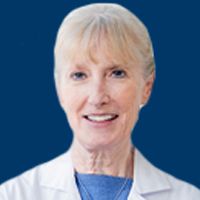 “The pace of change in the way we manage breast cancer is so rapid that it is difficult to keep pace with a subpopulation of breast cancer, let alone breast cancer as a whole or all of oncology. We are making great strides and increasingly targeted therapies such as PARP inhibitors and HER2-directed therapies are truly revolutionizing outcomes for patients with metastatic breast cancer and early stage disease. said Mortimer in an interview with Live® following an Institutional Perspectives in Cancer webinar on breast cancer.

Live®: What have been the most important changes in the management of HER2-positive breast cancer?

Mortimer: One of the significant changes in the management of HER2-positive breast cancer over the past 12-18 months has been the use of subcutaneous fixed-dose trastuzumab [Herceptin] and pertuzumab [Perjeta], which allows patients to receive a 10-minute subcutaneous injection every 3 weeks instead of receiving infusion therapy. This [regimen] was comparable to trastuzumab and pertuzumab infusion in the neoadjuvant setting.

Where else has trastuzumab deruxtecan shown benefit?

Trastuzumab deruxtecan is truly an amazing drug. [In addition to an updated analysis of the DESTINY-Breast03 trial, we also saw very compelling efficacy data with trastuzumab deruxtecan] from the 2021 San Antonio Symposium on Breast Cancer in Patients with HER2-low disease. We’ve also seen data that the drug worked in HER2 0 patients which doesn’t make sense since it’s an ADC so if there’s no HER2 what does this medication ? The other interesting thing was the [data we saw with the agent in the] management of brain metastases.

Compared to T-DM1, trastuzumab deruxtecan had better CNS PFS [central nervous system]. It is really a very important drug and will receive more indications. The fact that the drug is not purely [targeting] HER2 and the fact that it crosses the blood-brain barrier really opens up a lot of avenues for other indications of the drug.

Which trials will be important to watch in the HER2 positive context?

We currently have many ongoing trials evaluating combinations, including those that add trastuzumab deruxtecan to tucatinib [Tukysa]. It will be interesting to see what the results of these trials carry, as both tucatinib and trastuzumab deruxtecan have impressive responses and DOR, but they also have toxicity. In contrast, T-DM1, which we’ve grown accustomed to because it doesn’t have a lot of systemic toxicity, so you can have patients on it for years, it’s difficult for patients to stay on trastuzumab deruxtecan for a very long period.

Similarly, with tucatinib, the diarrhea that patients have with tucatinib, trastuzumab, and capecitabine can be significant. Keeping patients on long-term treatment is sometimes a bit difficult. It will be interesting to see how these [data] play the long term in terms of whether there is a benefit to putting patients on 2 of these new agents at the same time.

Your colleague, Niki Patel, MD, from City of Hope, provided updates on hormone receptor (HR) positive breast cancer. How has the usefulness of CDK4/6 inhibitors expanded?

Dr. Patel talked about the different CDK4/6 inhibitors and how we have survival data for using CDK4/6 inhibitors with virtually all 3 drugs. The most significant advancement in the past year with CDK4/6 inhibitors is the approval of abemaciclib in the setting of high-risk, HR-positive breast cancer, where iDFS was statistically improved by taking abemaciclib 2 years after completion of neoadjuvant chemotherapy. Many of the women included in this trial were patients receiving neoadjuvant therapy, and it is rare for a patient with positive HR disease to have a pathological complete response. [pCR]. It is essential that we pay attention to these patients and give them the option of taking a CDK4/6 inhibitor such as abemaciclib which decreases relapses.

Yuan Yuan, MD, PhD, from City of Hope, presented on the use of immunotherapy in triple negative breast cancer (TNBC). How have treatment recommendations changed since the withdrawal of atezolizumab (Tecentriq) in the metastatic setting?

In the triple negative arena, Dr. Yuan reviewed the current data [with immunotherapy]. Initially, the checkpoint inhibitor atezolizumab was used in advanced disease and had a positive result in combination with nab-paclitaxel [Abraxane], but when combined with paclitaxel, there was no benefit. It looks like the drug is likely to be discontinued and overtaken by pembrolizumab [Keytruda] That much.

Pembrolizumab has been used in the neoadjuvant setting, which appears to be associated with increased pCR regardless of PD-L1 status. In patients with metastatic disease, PD-L1 positivity should be sought and the addition of pembrolizumab improves breast cancer outcomes in metastatic disease when combined with drugs like taxanes.

In the final presentation, Daphne B. Stewart, MD, MS, from City of Hope, shared her perspective on the use of PARP inhibitors throughout breast cancer. In which contexts have they had the greatest impact?

Dr. Stewart reviewed the importance of PARP inhibitors in breast cancer. We already had data showing that women who have BRCA1/2 deleterious mutations and metastatic disease who receive second-line therapy, either chemotherapy or a PARP inhibitor, that PARP inhibitors may be of some benefit over chemotherapy in this population. It was the OlympiaA trial [NCT02032823]the most recent adjuvant trial, which showed that adding one year of olaparib to chemotherapy and hormone therapy in this high-risk population of patients with TNBC or HR-positive breast cancer which had BRCA mutations has been associated with improved disease-free and overall survival [OS].

Notably, the OS seemed to be better, but it didn’t reach the predefined statistic endpoint, so more data will be forthcoming. However, the data are compelling enough to consider olaparib in this high-risk patient population.