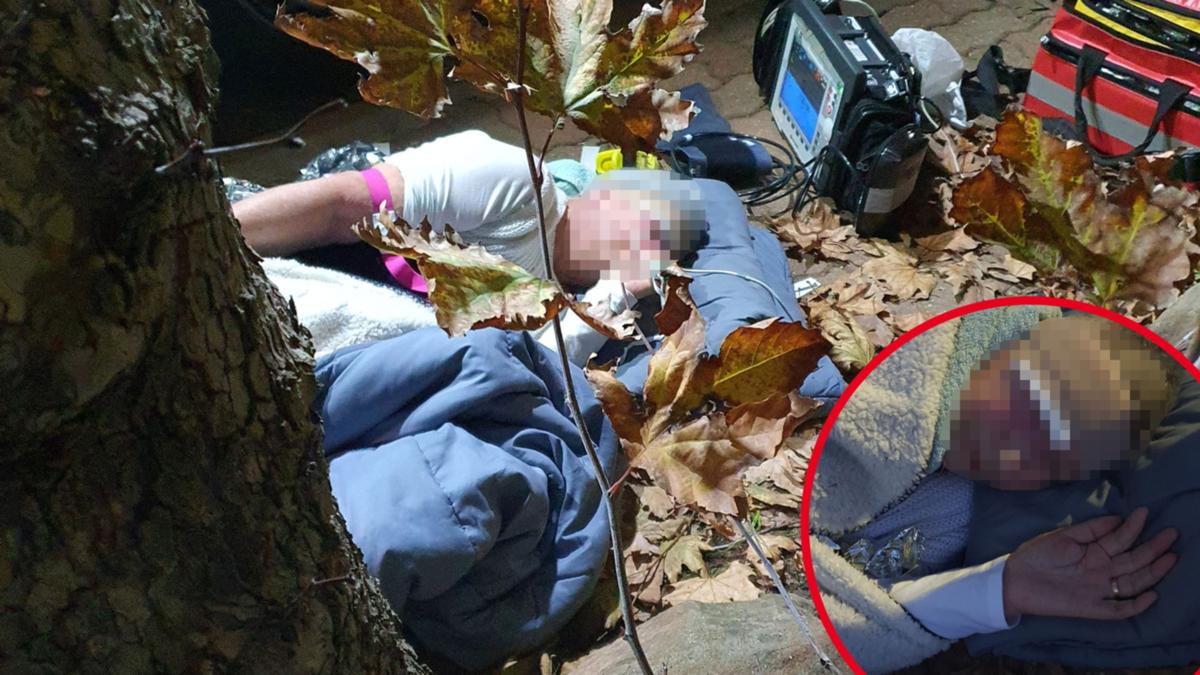 A 77-year-old grandmother with a broken hip was made to wait almost three hours for an ambulance on Saturday.

After taking a bad fall while trimming her trees, Marita James had no choice but to fall asleep on a freezing footpath at Andrews Farm in north Adelaide.

Watch the video above to learn more about this story

James, an elderly cancer patient, was pruning the trees in her home with her daughter when she lost her footing and fell to the pavement at 4.40pm.

She broke her hip and was left with cuts to her head and fractures to her face.

Her daughter Naomi immediately called triple zero and rushed to stop the bleeding, but as the sun began to set all she could do was do her best to keep her mother warm.

Naomi brought a pillow and blankets to her mother in an attempt to insulate her from the bite of the cold concrete.

The ambulance finally arrived at 7.25pm ​​and James was taken to Lyell McEwin Hospital in Elizabeth Vale, where she is expected to stay for weeks.

The call was initially considered a priority three by SA Ambulance staff, who in such cases aim to respond within 30 minutes, but was later upgraded by authorities to a priority two.

Priority two calls have a target response time of 16 minutes, but the Ambulance Employees Association says calls in this category took up to five hours, with some priority three cases taking up to eight hours.

Minutes turned into hours for Marita, Naomi and the neighbors who had come out of their homes to help – and they began to think the incident had been forgotten.

“I just turned around and she was just on the ground,” Naomi told 7NEWS.

“I immediately called triple zero and just tried to keep her warm.

“Even though we wanted to lift her up and put her in the car and take her away, I’m glad we didn’t because that fracture could have gotten worse.

“You can’t leave people like that for that amount of time.”

A neighbor who was helping at the scene told 7NEWS: “Obviously we stopped the bleeding, but we couldn’t move her because she was in a lot of pain.”

“It really breaks my heart, but it also confirms, I think, the fact that we are doing the right thing by investing a lot more in our health system,” said South African Prime Minister Peter Malinauskas.

Labor is set to recruit 350 additional paramedics and paramedics and deploy 36 additional ambulances in a $107.8 million investment to help repair delays in ambulance response times and reduce pressure on overloaded teams over the next four years.

SA Ambulance Service has announced that 115 more paramedics will start work before the end of the year, including 16 from July.

The first new recruits will provide care in Norwood, while other recruits will work in metropolitan and regional areas, including Golden Grove, Marion, Edwardstown, Parafield, Mount Barker and Gawler.

“The fact that South Australians are frequently calling triple zero and not getting ambulances on time is a representation of a crisis that is costing people’s lives,” Malinauskas previously said.

“New state-of-the-art infrastructure, more ambulances and a larger workforce will help our ambos provide emergency care to South Australians when they need it.”

Hundreds of thousands of Toyota drivers could split $2 billion payout