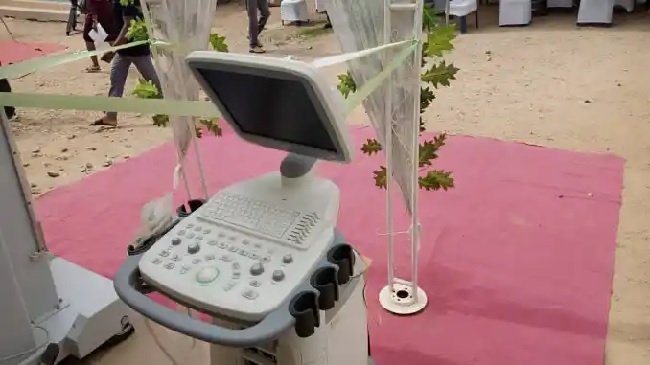 The proposed establishment of five specialist hospitals and an intravenous fluids plant across Nigeria by the Nigerian National Petroleum Company’s Limited (NNPC) Medical Service Limited (NMSL) would generate over N207 billion in federal government coffers after the concession.

The Infrastructure Concessions Regulatory Commission (ICRC), the Acting Director General, Mr. Michael Ohiani, who made it known in Abuja, over the weekend when financial advisers to NMSL on the proposed projects, Sigrun Partners, paid a courtesy visit to the Commission noted that the ICRC has made progress in its discussions with the NNPC Medical Service Limited (NMSL) of the Nigerian National Petroleum Corporation on the proposed establishment of five specialist hospitals and a intravenous fluids plant across Nigeria.

Mr. Ohiani explained that the facilities to be established under a Design-Build-Finance-Operate-Maintain (DBFOM) public-private partnership model would be located in the six geopolitical zones.

“The two hospitals will be a 100-bed facility, offering specialties that include: cardiology, orthopedics, pulmonology, cerebrovascular surgery, nephrology, oncology and chemotherapy as well as assisted reproduction,” said the ICRC.

Speaking at the meeting, Mr Ohiani said the initiative was welcome, which he said could help meet the challenge of medical tourism, and hinted that the projects were just a project. driver of what might be achievable if they were to succeed.

“We are working with NNPC management for the concession of six projects, including five specialist hospitals and an intravenous fluids plant.

“We were very happy when NNPC approached us to show how medical facilities can be run through public-private partnerships (PPP) and they selected five states of the Federation to be used as pilot projects,” he said. -he declares.

The DG emphasized that the ICRC is committed to timely delivery of the projects which he believes will significantly improve the delivery of health care in Nigeria, thereby reducing the need for medical tourism among the over 200 million Nigerians.

He informed the delegation that the ICRC is the government agency under the Presidency which is vested with the authority to oversee all PPPs in Nigeria.

In his intervention, Mr. Gordon Gofwan, Nigerian representative of Sigrun Partners informed the Commission of his commitment to support PPP projects in Nigeria.

Manji Yarling, Acting Head, Media and Publicity of the ICRC, said in a statement that he asserted that Nigeria had no choice but to rely on PPPs for its development, noting that he was ready to partner with the Commission to advance the fulfillment of its mandate. .

“Madrid partners are currently in Nigeria and they thought it would be important to see a very important player, the ICRC and that is why we are here today.

“We believe that the future of the country will be determined by PPPs because fiscal space is limited, government’s ability to finance projects will be strained, so if we are to meet our development aspirations, PPPs are inevitable.

“That’s why we felt we had to come and familiarize ourselves with the ICRC and deposit our credentials.

“We look forward to active collaboration as there are also opportunities for knowledge sharing with the ICRC given the experience we have. Some of the projects that will emerge will be new to Nigeria and we will be very happy to share experiences from other climates.

According to the ICRC, the projects were proposed for a concession period of 20 years.

However, of the six pilot projects, the Commission said that two had received Business Case Certificates (OBCs) while the OBCs for four were being finalized.

Marburg virus: what you need to know about the disease recently detected in West Africa