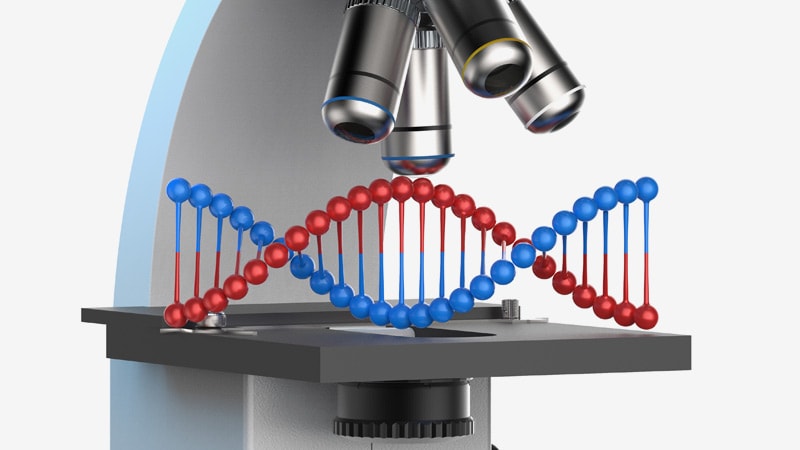 In the 20 years since the approval of the first targeted cancer therapy, more than 100 such products are now on the market or in development. These targeted drugs offer a different approach to the mat bombardment of chemotherapy – they are precise missiles, aimed at specific targets in the genetics of the tumor.

But what targets? In which tumors?

Oncologists are increasingly concerned that the fire hose of biomarker information now reaching them is confusing and fear patients may be missing out on effective therapies.

A new database aims to change all that.

â€œOncoKB’s origins are rooted in the recognition that it made too much of a demand on clinical oncologists to memorize the rapidly growing number of tumor type-specific cancer mutations that may act as predictive biomarkers of targeted therapies,â€ said Debyani Chakravarty, PhD, OncoKB Principal Scientist at the MSKCC Molecular Oncology Center.

“A clinical decision support system to deliver this information to the point of care was urgently needed,” she added.

OncoKB made its public debut on May 16, 2017, with the publication of an article by Chakravarty and colleagues in JCO Precision Oncology. At the time, the database displayed handpicked levels of evidence for more than 3,000 alterations in 418 cancer-associated genes and 19 types of cancer. The list now includes 5,685 alterations of 682 genes in 127 types of cancer.

In October, OncoKB became the first tumor mutation database to be included in the FDA’s Database Recognition Program.

Doctors or researchers can assess evidence linking combinations of cancers, genetic biomarkers, and drugs through a simple interface.

â€œIt’s hard to understand what an exploitable mutation is and what isn’t without this kind of data,â€ said Timothy Rebbeck, PhD, professor of cancer prevention at the Dana-Farber Cancer Institute, Boston, Massachusetts, who was approached for comment.

He said the FDA’s nod to OncoKB made sense: “[It’s] relevant for FDA involvement due to the therapeutic implications of these mutations. “

Chakravarty recognizes that OncoKB is not alone. “But that being said, it is now the first database of somatic variants of human cancer to be recognized by the FDA,” she added.

At the heart of OncoKB is an ongoing curation process involving more than 50 clinicians and geneticists from the cancer center. â€œWe have found a way to codify the scientific and medical expertise of MSK clinical oncologists,â€ said Chakravarty.

The team asks themselves three deceptively simple questions: what is the gene, whether the mutation in that gene is oncogenic, and, when found in a specific tumor type, the associated therapeutic implications.

The supporting data is then assigned an OncoKB level of therapeutic evidence on a scale from â€œstandard careâ€ to â€œhypotheticalâ€.

â€œWhat surprised me most was that just getting these three pieces of information and ensuring it was accurate was quite a challenge,â€ said Chakravarty.

The new FDA recognition is considered “partial” because it does not cover all of OncoKB: the agency has not reviewed all the links between drugs and biomarkers on the site. However, the developers of OncoKB have created – and submitted for recognition – a specific area to the FDA that lists oncology biomarkers that already have a regulatory green light.

The FDA recognized OncoKB area provides similar data to the rest of the site, but is categorized using the FDA’s own level of evidence system.

The FDA assigns one of three levels of evidence to genetic variants in the regulatory submissions it receives. FDA Level 1 is reserved for approved companion diagnostics of targeted therapies; FDA level 2 is assigned to â€œcancerous mutations with evidence of clinical significanceâ€; and FDA level 3 indicates “cancerous mutations with potential clinical significance”.

The FDA first published guidance on how to get approval for the Genetic Variant Databases in April 2018. Bearing in mind that cancer genomics is a huge energy field, Medscape asked the FDA why it took three and a half years to recognize a tumor mutation database.

FDA press secretary Jim McKinney told database developers the responsibility of seeking official status: â€œFDA is unable to order outside entities to seek FDA recognition. database, â€McKinney said. As for OncoKB, the review schedule has been “affected by the COVID-19 pandemic, which has affected the agency’s resources.”

McKinney was unable to share the number of other oncology genetic databases that the FDA is currently considering recognizing. However, he confirmed that the partial recognition of OncoKB by the FDA means that “test developers can use this data to support the clinical validity of tumor profiling tests in pre-market submissions.”

Chakravarty noted that applications for commercial licenses, which historically have flowed in at the rate of one per week, “increased” in the days following FDA recognition.

Chakravarty and Rebbeck did not disclose any relevant financial relationship.