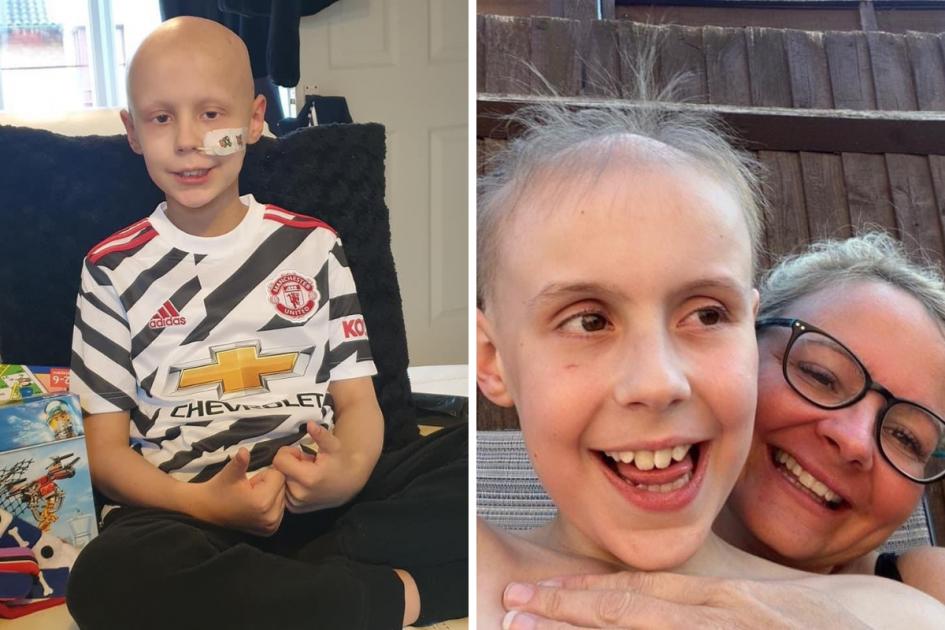 A FOOTBALL-MAD boy who was given the green light for a brain tumor has been diagnosed again.

Jude Jefcut was diagnosed with a brain tumor at the start of the Covid pandemic in 2020 when he had an eye exam on his eighth birthday after suffering from headaches.

He was treated at the Royal Marsden Hospital in London and also spent a lot of time with his aunt in Arundel during his treatment.

Jude, 10, and his mum Katie were told the good news he was cancer free, but after another check-up in April this year they were told the tumor had returned.

His godmother Tracy Kennedy, 52, from Hove, spoke of the family’s experience and their fight to raise funds so Jude could receive specialist treatment in Germany or Greece.

Tracy said: “We just want to keep his spirits up, which is the most important thing.

“He had a CT scan and was told he was cancer free. Due to his aggression, he had a CT scan which revealed that he had returned. The second time, he was caught early because of his regular checks.

“He is going to the Marsdens in September to start a trial with them, but they are very limited in what their funding allows them to do.

“The NHS has been amazing, but we have to go where we can get the most advanced treatment.

“It’s in the region of around £4,000 per test, there are also the costs of Jude’s mum having to be there with him. It’s all the costs you don’t really think about, like flights.

Jude will receive treatment at Royal Marsden in September

She has her head shaved to raise money for Jude on Friday August 19 at Simon Webster Hair in Gardner Street, Brighton.

Another friend organized an angling weekend which brought in around £5,000.

Tracy described Katie, from Milton Keynes, as amazing and said: “What I’m doing pales in comparison.”

Doctor Who? An ENT specialist or otolaryngologists – know your doctors and…

An oncologist passionate about animal welfare

Electrician Anna Procaccini, a specialist in old houses, was born into a world of men