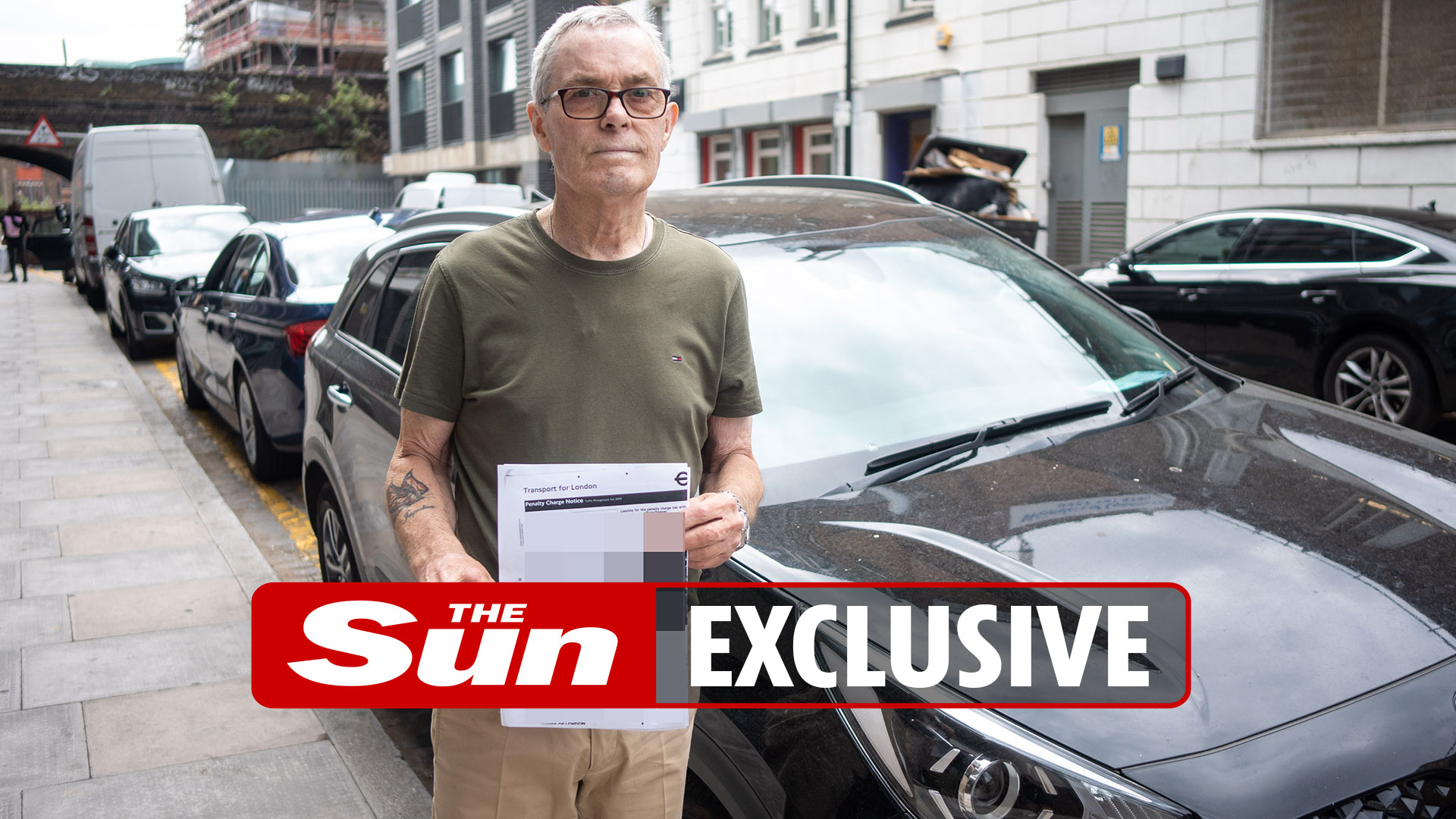 A CANCER patient has been ‘disgusted’ after being fined for performing an emergency stop.

Derek Ellerbeck, 71, was forced into a red parking zone after the bottom of his colostomy bag exploded on top of him.

After cleaning up for about ten minutes, the retiree returned home and continued with his day.

But to her horror, a massive £80 fine crashed through her letterbox days later.

The retired driver from Limehouse, east London, told The Sun: “I was so disgusted.

“I had to stop to clean myself up. The last thing I expected was a ticket. £80 is ridiculous.

Derek said he stopped in Commercial Road Bay, East London at around 8.25pm ​​on July 13.

And even though he knew he was on a red road, the road was quiet and there was no stopping time from 7 a.m. to 7 p.m., as indicated by a nearby sign.

“I thought naturally, past eight, it should be fine,” he explained.

Derek had actually parked in a no-parking spot, but he says the poor road markings and urgency meant he didn’t realize it.

He rushed into a bookie to clean himself up, but left after too many people were there as he thought it would be “too embarrassing for them”.

“I couldn’t give a**e to the rats but I didn’t want to expose myself to them,” he pointed out.

Derek got back in his car for about 5-10 minutes.

The grandfather, who carries spare emergency supplies, added: “I took the end, cleaned it and sealed it as best I could.”

He said he only got out in the car because his carer and grandson at home were hungry for fries, but he had the accident shortly after eating them.

Derek, who has been living with cancer for two and a half years, was initially diagnosed with bowel cancer, but just before he recovered, it spread to his liver.

The grandfather did not pay the fine, but appealed, describing his medical situation.

Transport for London, which distributed the ticket, denies having appealed.