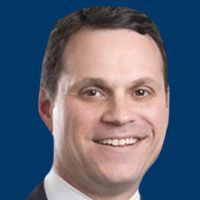 Immunotherapy continues to affect all areas of lung cancer treatment

Although trials such as phase 3 studies CheckMate 816 (NCT02998528) and POSEIDON (NCT03164616) are generating significant enthusiasm for the future of neoadjuvant therapy and combination chemoimmunotherapy, respectively, this is the phase trial 3 IMpower010 (NCT02486718) that made the most noise in non-small cell lung cancer (NSCLC), said David Spigel, MD.

“[IMpower010] is the biggest essay news because it led to a paradigm shift. Now we are talking about immunotherapy not only in advanced disease or unresectable stage III disease, but in a curable setting of resected disease, stage II and III, â€Spigel said in an interview with OncLiveÂ® during an Institutional Perspectives in Cancer webinar on lung cancer, which he co-chaired.

In the interview, Spigel, Scientific Director and Director of the Lung Cancer Research Program and Principal Investigator at the Sarah Cannon Research Institute, discussed the purpose of each presentation, which focused on immunotherapy versus chemo- Immunotherapy in the first-line metastatic setting, the surgical perspective of treatment in early-stage NSCLC, best practices for molecular testing and targeted EGFR and KRAS therapies for patients with advanced disease.

OncLiveÂ®: What developments have been made with regard to the first-line treatment for patients with advanced NSCLC without exploitable genetic alterations?

Spigel: We had several excellent presentations during the Institutional Perspectives in Cancer webinar. I focused on the state of play in the first line setting for NSCLC and where we are now with the immunotherapy and chemoimmunotherapy options in the first line setting. I focused on our non-TKI treatment options. We have a lot of diets to choose from [in this setting]. Cemiplimab-rwlc [Libtayo] is a new PD-1 inhibitor that has been approved by the FDA as first-line monotherapy based on the results of the EMPOWER-Lung1 trial [NCT03088540]. The study compared cemiplimab to platinum doublet chemotherapy in patients with 50% or greater PD-L1 expression. The results showed a survival advantage in the cemiplimab arm hence the FDA approval.

Denis Gilmore, MD, of TriStar Medical Group, discussed the Phase 3 trials CheckMate 816 and IMpower010. What was the most exciting about these studies?

Dr Gilmore is a thoracic surgeon I have the privilege of working with in Nashville. Dr Gilmore did a fantastic job summarizing 2 pivotal studies from the past year: the CheckMate 816 study and the IMpower010 study. The CheckMate 816 study evaluated preoperative chemoimmunotherapy, in this case chemotherapy with nivolumab [Opdivo] in patients with squamous and non-squamous lung cancer that has been found to be resectable, hence stage 1B to stage IIIA. Study IMpower010 was an adjuvant trial, which evaluated patients with any histology of resected early stage lung cancer who received platinum doublet chemotherapy, if available. Then, the patients were randomized to receive or not receive aezolizumab adjuvanted at 1 year.

CheckMate 816 was essential because it showed that the rates of complete pathologic response are significantly higher, approximately ten times higher with chemoimmunotherapy compared to chemotherapy alone. Another interesting conclusion is that the operative results do not seem to be negatively impacted by the introduction of immunotherapy. In fact, there is a suggestion or statistical improvement in the ability to do less surgery, therefore smaller surgeries, minimally invasive surgeries, and no worse outcome with immunotherapy. It was a positive trial that has yet to lead to FDA approval. We recently saw a press release on disease free survival [DFS] improvements with the nivolumab arm, so hopefully this will lead to FDA approval.

The IMpower010 study recently led to FDA approval. Patients with resected stage II to IIIA NSCLC with 1% or greater PD-L1 expression are now candidates for immunotherapy, as in this study group there was an advantage of SSM in in favor of aezolizumab, which was the primary endpoint of the trial. Now there are a few caveats in that this benefit appears to be greatest or largely due to patients with 50% or greater expression, but approval is for patients with expression level PD-L1 of 1% or more. This is the biggest essay news because it has led to a paradigm shift. Now we are talking about immunotherapy not only in the case of advanced disease or unresectable stage III disease, but in a curable setting of resected disease, stage II and III.

Dr McKenzie leads our Personalized Medicine program at the Sarah Cannon Research Institute and is a fantastic colleague. I wouldn’t add much other than what everyone already enjoys, and that is the importance of testing. We certainly advocate for a large or full NGS [next-generation sequencing] testing in our patients with advanced disease, in this case advanced NSCLC. I don’t think it’s limited to adenocarcinoma; tests should be done in squamous cell carcinoma, if only to look for things like ENCOUNTER exon 14 [skipping mutations], which you can see in scaly histology and even rare things like RET and NTRK [alterations].

Ideally, the gold standard remains the fabric, but if you can only [test] one thing, get whatever can be done for you, and a lot of it turns into plasma testing. I recently met a woman with an advanced disease and [she and her family were] can’t wait to go [with treatment]. How do you make decisions based on someone who has a new diagnosis? You need to know their molecular results, and the fastest way to do that is through the plasma test. It has become a standard part of my work with patients as the tissue tests get ready, and with that, the PD-L1 tests.

Dr McKenzie gave a good summary of this landscape of tissue and blood-based testing, and they’re not going to go away. We don’t know much about its use and understanding the mechanisms of resistance or minimal residual disease, but these are exciting emerging areas for everyone and will likely become new standards in the years to come. For now, we just want to focus on performing the tests. There are so many markers, at least 8 that we want to know about in lung cancer. Knowing them will help guide the best treatment decisions for these patients.

Your co-chair, Melissa Johnson, MD, of the Sarah Cannon Research Institute, shared an overview of some of the more recently approved targeted therapies for patients with KRAS G12C mutations and EGFR exon 20 insertions. What has been learned about these agents in the clinic since their approval?

We are still talking about HER2, RET, and ROS alterations, and even sensitizing mutations in EGFR and what to do next [progression on standard therapy]. However, the important message from Dr Johnson was that we had obtained FDA approval in 2021 for the treatment of KRAS G12C mutant lung cancer with sotorasib [Lumakras], which is a TKI that selectively inhibits this genetic alteration, which can be found in plasma or tissue NGS tests. The agent is now approved for use in the refractory setting, so anything beyond first-line treatment, which is often based on chemoimmunotherapy.

Sotorasib now has FDA approval as an oral therapy for use in patients with KRAS G12C mutations, which is a testament to the importance of testing and getting answers in trying to be ready to use these therapies. We know that sotorasib is associated with response efficacy in approximately 40% to 50% of patients as well as prolonged durations of disease control that extend up to just under a year. Depending on the circumstances, some patients can go way beyond it, so it’s a big story.

Dr Johnson also spoke about another agent called adagrasib, which is an agent in development that also shows promise in the same patient population. It is not yet approved by the FDA, but hopefully it will be soon.

These drugs are different; they are not the easiest to get used to administering. Amivantamab requires accelerated infusion, and in particular awareness of the management of infusion-related reactions, which occur in just about everyone, so we are adapting to this experience, including [that with] some pulmonary toxicity. Mobocertinib also has some unusual tolerability that doctors must get used to, whether it is gastrointestinal or pulmonary in nature. The big takeaway [message] is now we have 2 modifications, KRAS G12C and EGFR exon 20 insertions, for which a year ago we had no options. In terms of standards, we now have 3 and probably an option to come, which is exciting.