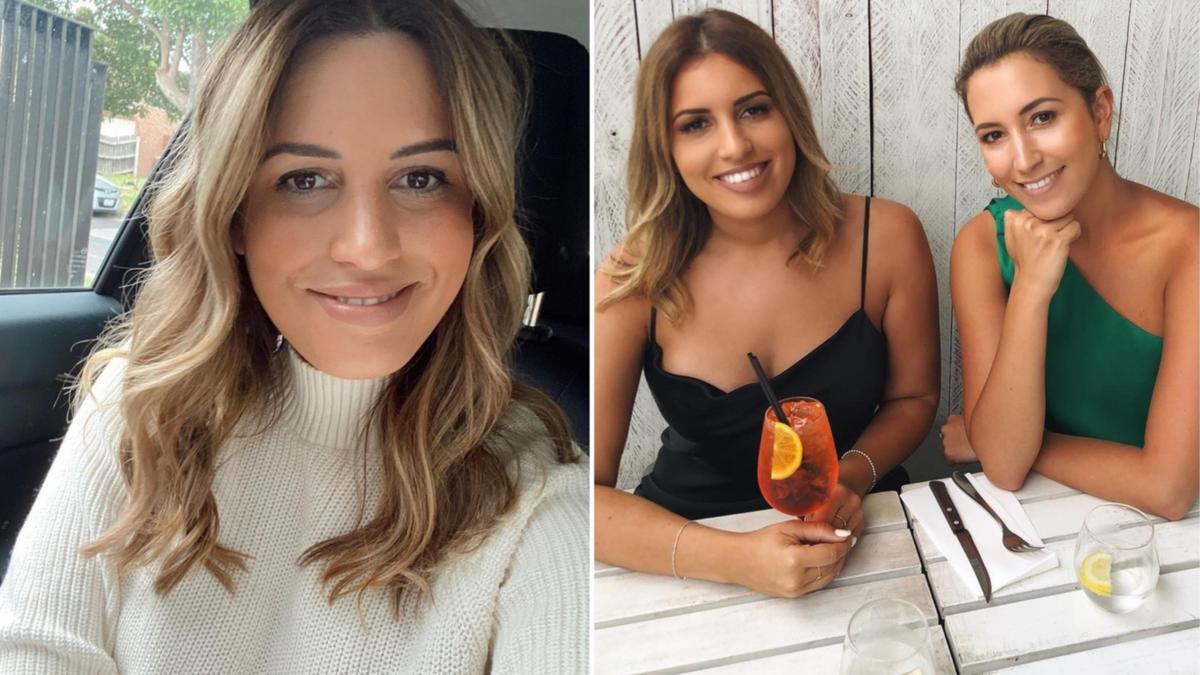 A woman who made the brave decision to have a double mastectomy to reduce her cancer risk has revealed how her mother’s shock diagnosis saved her sister’s life.

Melbourne’s Melanie Maizels vividly remembers the day her world came crashing down when her mother Ilana was diagnosed with ovarian cancer aged nearly 50.

Just over two years later, the family received another blow after a small lump in the chest of their younger sister Karni was found to be an early stage of breast cancer at the age of 24 .

“I thought mom’s diagnosis was the worst moment of my life, but hearing that my little sister had cancer was even harder,” says Melanie, 31. 7life.

The family learned the devastating news of their mother Ilana’s cancer diagnosis in late 2014.

“It was a huge shock for my sister Karni and I to learn that mum had cancer. I have never felt so sick in my life. It’s like the world has stopped,” says Melanie.

“The word ‘cancer’ automatically in our heads equaled death. And that’s all we could think of.

Her mother knew something was wrong after she noticed an unexpected little bleed.

“Mom visited her doctor and she was diagnosed with a cyst in her ovary,” she says.

‘The word ‘cancer’ automatically in our heads equaled death. And that’s all we could think of’ – Melanie Maizels

“She was almost 50 and given her age, near menopause and family history of cancer, the specialist recommended that she have a hysterectomy instead of just removing the cyst.

“It was almost Christmas vacation and she was so excited to take some time off which made it harder to decide.”

However, she decided to have the hysterectomy knowing that she would recover longer.

“I can’t explain how lucky we all feel that she just bit the bullet and did it,” Melanie says.

“Post-operative tissue tests revealed early-stage cancer developing in the opposite ovary, which, although not spreading, required her to undergo 11 cycles of chemotherapy.”

With a family history of breast and ovarian cancer, her mother was tested for the BRCA1 gene mutation – leaving her daughters Melanie and Karni with a 50% chance of also being carriers of the gene mutation.

Women who inherit a BRCA1 mutation have a higher risk of developing breast and ovarian cancer.

“It was actually a relief to find out that my sister and I both carried the genetic mutation,” Melanie says.

“We both said afterwards that we would have felt so guilty if only one of us had it. The fact that we both carried the genetic mutation meant that we had to have MRI scans together, which made the situation less scary and less lonely.

“Nobody ever thought my sister would be diagnosed with breast cancer at 24. Nobody” – Melanie Maizels

Devastatingly, Karni was diagnosed with early stage breast cancer at the age of 24 in February 2017.

“We were all absolutely devastated and shocked,” Melanie says.

“No one would have ever thought she would be diagnosed with breast cancer at 24. Anybody. Not even the specialist who checked his mass first. She is so young.

“Our family was finally getting back to a ‘normal’ life. Mom was healthy again, her hair was growing, it was so cruel. I remember standing at work next to my desk and feeling like I couldn’t move.

Despite the shock diagnosis, Melanie says her younger sister has remained positive.

“Karni was kind of the strongest of all of us. She even broke the news to me herself on the phone. And she was so calm. I don’t know how. And she said she didn’t want that it’s a big problem,” she said.

It was difficult for Melanie to watch her mother and sister battle cancer.

“They were both absolutely amazing. My heroes,” she says.

“Mom was really sick throughout her treatments, and we kept counting until they were over. With Karni, I went to all three sessions with her.

“Watching them both go through chemotherapy has given me a huge perspective in life. Whenever I’m depressed by something so minor, I’m reminded of what they went through.

After the double cancer scare, Mélanie made the difficult decision to undergo a preventative double mastectomy at age 27.

“My mother, my sister and I have all had a double mastectomy. This means that we have no more breast tissue, which greatly reduces our risk of getting breast cancer,” she says.

“As soon as I am ready, I will also undergo a hysterectomy after having children. This will greatly reduce my chances of getting ovarian cancer like mom.

Looking back, Melanie says she can’t say how lucky they are after her mother and sister, now 29, made a remarkable recovery.

“Mom and Karni are both doing great. We still have regular breast ultrasounds to this day and see our breast surgeon. And the anxiety is still going strong every time. No matter how much lower our risk is now , the fear will never go away,” she says.

“My mother’s diagnosis definitely saved my sister’s life. Without it, we would not have undergone genetic testing and found the gene mutation. My sister’s lump was really small and would have gone unnoticed for a long time.

“Being diagnosed with the genetic mutation also meant we would have annual MRI scans. I made my sister’s appointment because she didn’t. And thank God I did. I don’t want to think about what would have happened if I hadn’t.

“Please don’t put this off any longer. If something is wrong, get checked out. It could save your life’ – Melanie Maizels

Sharing her family’s story, Melanie says she wanted everyone to know that “prevention is key.”

“If you don’t know how to do self-checks, ask your GP or a doctor you’re comfortable with. Yes, it’s scary to get controlled, but it’s even scarier to go through what my family did,” she says.

“No one knows your body better than you do. If something is wrong, do something. Do not wait. And talk to your mom, dad or grandmother – knowing your family history is key.

“Please don’t put this off any longer. If something is wrong, get checked out. It could save your life.⁣ ”