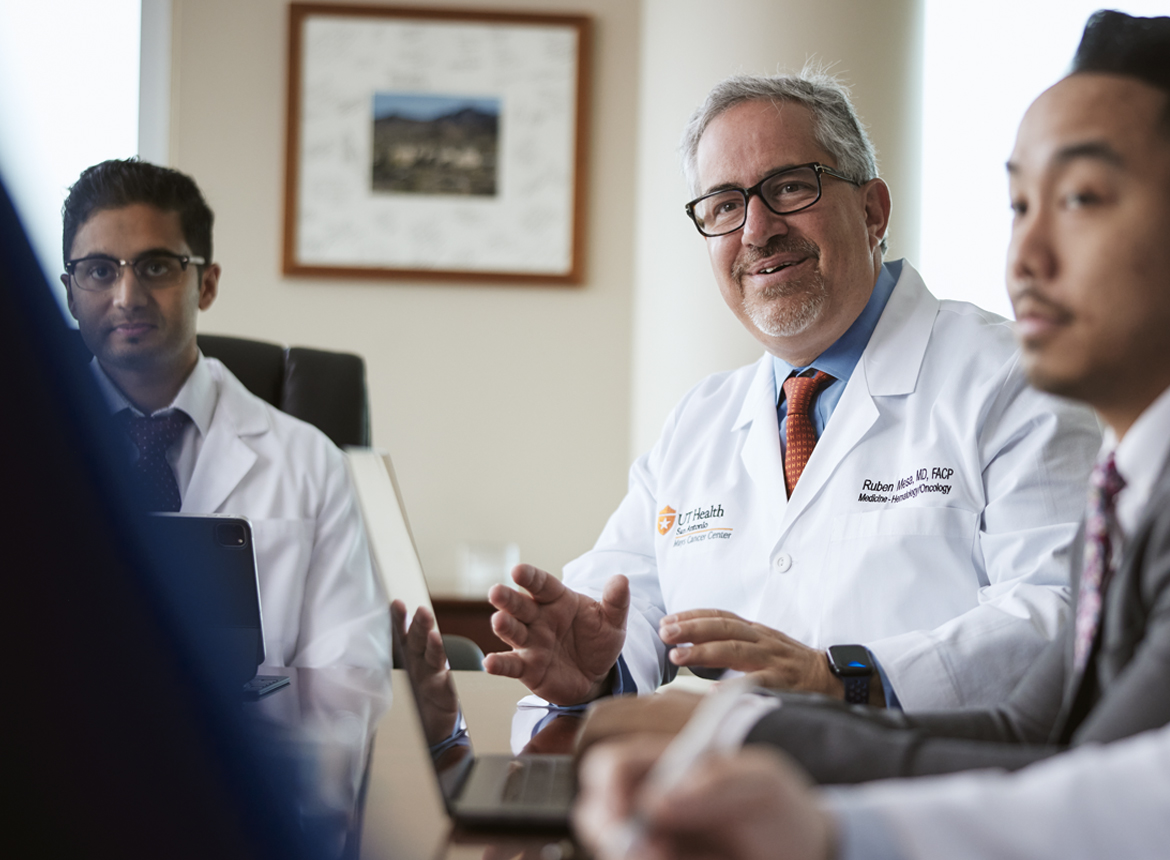 Now, thanks to the success of a new drug in a study it helped lead, Mesa hopes to alleviate some of those difficulties.

An international expert in myeloproliferative neoplasms (MPNs), a group of bone marrow disorders that often lead to leukemia, Mesa has been a pioneer in MPN research for 25 years, leading the development of America’s first diagnostic guidelines and the treatment of these disorders.

Momelotinib, the latest study drug, is an oral pill taken once a day. It has significantly improved outcomes for patients treated for myelofibrosis (MF), a rare but deadly bone marrow cancer.

At a recent annual meeting of the American Society of Clinical Oncology, he presented results from the randomized phase 3 MOMENTUM study, which evaluated momelotinib versus a second drug, danazol, in patients with Symptomatic and anemic MF previously treated with existing drug therapy. The MOMENTUM study enrolled 195 patients with MF in 21 countries.

In myelofibrosis, scar tissue forms in the bone marrow and interferes with the body’s ability to produce healthy blood cells. Anemia, a lack of red blood cells to carry oxygen throughout the body, is seen in virtually all patients with MF and negatively impacts survival, Mesa said.

“A third of patients have anemia at baseline, and most patients will develop it over the course of their illness,” Mesa said. “For patients with severe anemia, survival is reduced to around two years. Even with mild anemia, median survival is 4.9 years. A drug to treat the anemia in these patients was urgently needed. Without anemia, the median survival with MF is closer to eight years, he said.

Myelofibrosis is characterized by abnormal signaling of JAK proteins and excessive activation of another protein, ACVR1. Pioneering MF drugs developed over the past decade, such as ruxolitinib, inhibit harmful JAK signaling.

Momelotinib, however, is the first drug that inhibits both JAK and ACVR1, Mesa said. “It contains JAK1, JAK2 and ACVR1 inhibitors combined in one drug and treats chronic inflammation due to ACVR1 hyperactivation as a result of the disease.”

Of the enrolled participants, 130 received momelotinib and 65 danazol. Participants did not know until after 24 weeks which drug they had received, and those in the danazol group were allowed to switch to momelotinib at that time.

In the momelotinib group, the researchers observed:

“The results were compelling,” Mesa said. “The study recruited participants entirely during the COVID period, which was remarkable. Momelotinib met all primary and secondary endpoints and within six months there was a trend towards a benefit overall survival, which is also remarkable.

“The results support the future use of momelotinib as an effective treatment in patients with MF, particularly in those with anemia,” Mesa concluded. This means more hope for patients and families like those he remembers.

Learn more about this research and other discoveries aimed at curing cancer.

The Mays Cancer Center at UT Health San Antonio is the only National Cancer Institute-designated cancer center in San Antonio and South Texas. There are only four such cancer centers with this prestigious designation in the state of Texas and only 70 nationwide.

The Mays Cancer Center is transforming cancer care and taking its place among the world’s most respected centers dedicated exclusively to cutting-edge cancer research and unparalleled patient care.

These doctors and scientists are unlocking the mysteries of the disease and translating the findings into the latest life-saving treatment options. Through multidisciplinary collaboration and leadership, cancer care is improved, innovative cancer research is encouraged, new drug discoveries are made, and the education and training of the next generation of oncology leaders is strengthened . Learn more today.

“There is a bias in our care”