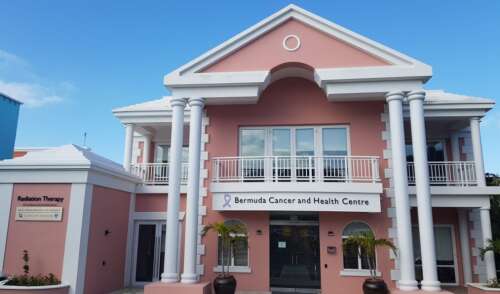 He added that the treatment usually lasts around two weeks and requires three to five sessions.

Dr Fosker said the treatment was considered faster and more precise than other forms of radiation therapy, which can take weeks and is best suited to treating early-stage cancers.

He added that SABR had about the same success rate as cancer removal surgery.

The treatment was added to the clinic’s list of radiotherapy options after an initial wave of treatments last month.

Dr Fosker said: “Providing SABR treatments has been a focus of the center since the radiation therapy unit opened in 2017.”

He added that Patrick Murray, one of the centre’s radiation oncologists, joined in 2020 and his experience with the technique gave the “hands-on experience” needed to move the treatment forward.

“But if lung screening officially begins and more and more medical colleagues are aware of our capabilities, we see this technique taking up 20-25% of our current practice.”

SABR technology was introduced through the link between the BCHC and the Dana-Farber Brigham Cancer Center in Boston.

A team of specialists from the US center helped install the equipment and trained Bermudian personnel in its use.

Daphne Haas-Kogan, chair of the department of radiation oncology at the Dana-Farber Brigham Cancer Center, said the technology has “revolutionized” the way many cancers are treated.

She added, “We are pleased that our partnership with the Bermuda Cancer and Health Center can bring these state-of-the-art treatment options to Bermuda so that patients can receive the best possible care close to home.”