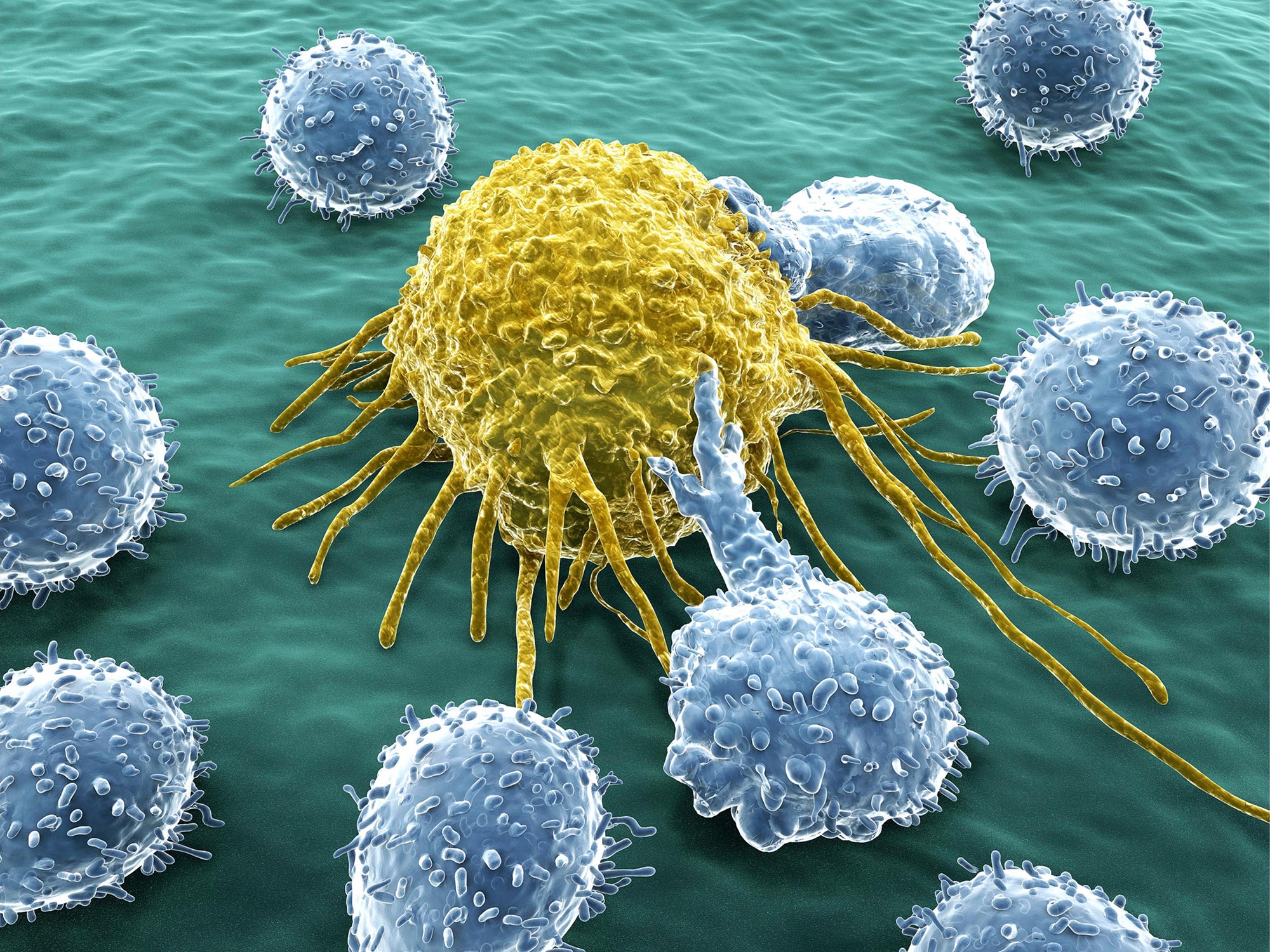 A new molecule created by a University of Texas at Dallas researcher kills a variety of hard-to-treat cancers, including triple-negative breast cancer, by taking advantage of a weakness in cells that was not previously targeted by existing drugs.

Co-corresponding author of the study and associate professor of chemistry and biochemistry in the School of Natural Sciences and Mathematics at the University of Texas at Dallas, Dr. Jung-Mo Ahn has devoted more than ten years of his career to the development of small molecules that target protein-protein interactions in cells. He has previously created potential therapeutic candidate compounds for treatment-resistant prostate cancer and breast cancer using a method called structure-based rational drug design.

In current work, Ahn and his colleagues tested a new compound he synthesized called ERX-41 for its effects against breast cancer cells, both those that contain estrogen receptors (ERs) and those that do not contain it. Although there are effective treatments for patients with ER-positive breast cancer, there are few treatment options for patients with triple-negative breast cancer (TNBC), which does not have receptors for estrogen, progesterone, and human epidermal growth factor 2. TNBC typically affects women under 40 and has poorer outcomes than other types of breast cancer.

“It baffled us at the time. We knew it had to target something other than estrogen receptors in TNBC cells, but we didn’t know what it was.

Researchers found that ERX-41 binds to a cellular protein called lysosomal acid lipase A (LIPA). LIPA is found in a cellular structure called the endoplasmic reticulum, an organelle that processes and folds proteins.

The research team also tested the compound on healthy mice and found no adverse effects.

“It took us several years to research exactly which protein was affected by ERX-41. It was the hardest part. We chased a lot of dead ends, but we didn’t give up,” Ahn said.

“Triple negative breast cancer is particularly insidious – it targets women at a younger age; it is aggressive and it is resistant to treatments. I am really happy that we have discovered something that has the potential to make a significant difference for these patients.

The researchers gave the compound to mice with human forms of cancerous tumors, and the tumors grew smaller. The molecule has also been shown to be effective in killing cancer cells in human tissue taken from patients whose tumors had been removed.

They also found that ERX-41 is effective against other types of cancer with high endoplasmic reticulum stress, including difficult-to-treat pancreatic and ovarian cancers and glioblastoma, the most common primary brain cancer. aggressive and deadliest.

“As a chemist, I’m somewhat isolated from patients, so this success is an opportunity for me to feel like what I’m doing can be useful to society,” Ahn said.

Ahn is co-holder of issued and pending patents on ERX-41 and related compounds, which have been licensed to Dallas-based startup EtiraRX, a company co-founded in 2018 by Ahn, Raj and Vadlamudi. The company recently announced that it plans to begin clinical trials of ERX-41 as early as the first quarter of 2023.

The study was funded by the National Cancer Institute, the Cancer Prevention and Research Institute of Texas and the Welch Foundation.