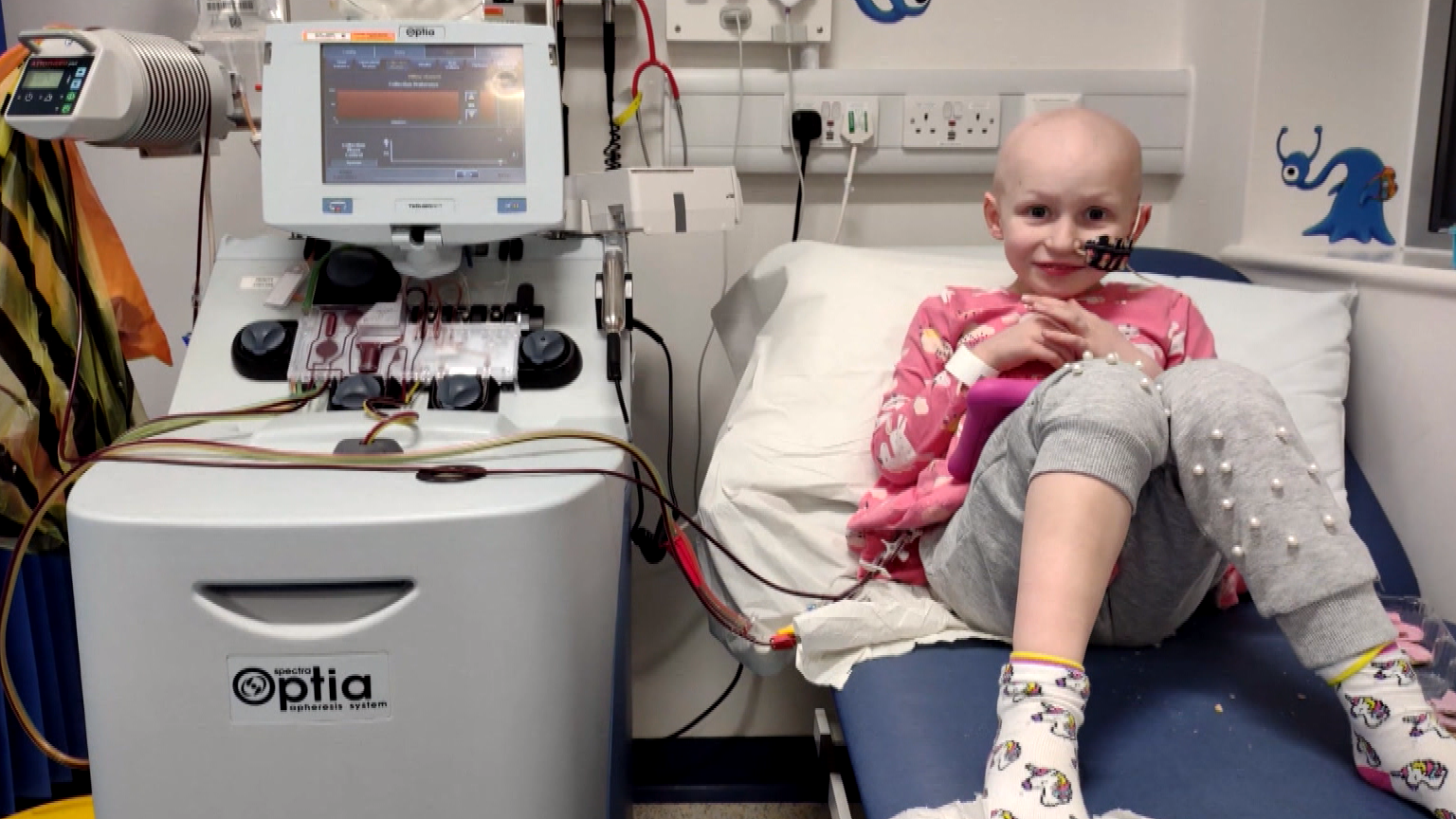 The parents of a five-year-old girl from Bedfordshire are trying to raise funds to take her to America for treatment for the aggressive cancer she is battling.

Doctors originally believed Poppy Bailey’s symptoms were due to what’s known as the lockdown blues. But she was later diagnosed with neuroblastoma, a rare disease that affects only around 100 British children a year.

His diagnosis, made when his little brother Oscar was only a few weeks old, changed the life of the family.

I remember walking into Addenbrooke’s room for the very first time and I refused to believe this was happening to me … There were all these kids with no hair and kids with feeding tubes . I was adamant that this was not happening. , that this was all a bad dream and that I was going to wake up soon and that it was not real. But it was real and Poppy became one of those kids.

Poppy’s parents believe her best hope is a new medical procedure in the United States. But it costs £ 250,000. Her parents organize fundraising and crowdfunding events through JustGiving Princess Poppy

This is something that as a parent you never dreamed of having to deal with. It’s something that happens to other people somewhere and not to you. So obviously we’re trying to do our best because there’s no price you wouldn’t pay for Poppy’s life. So we’ll do whatever it takes really.