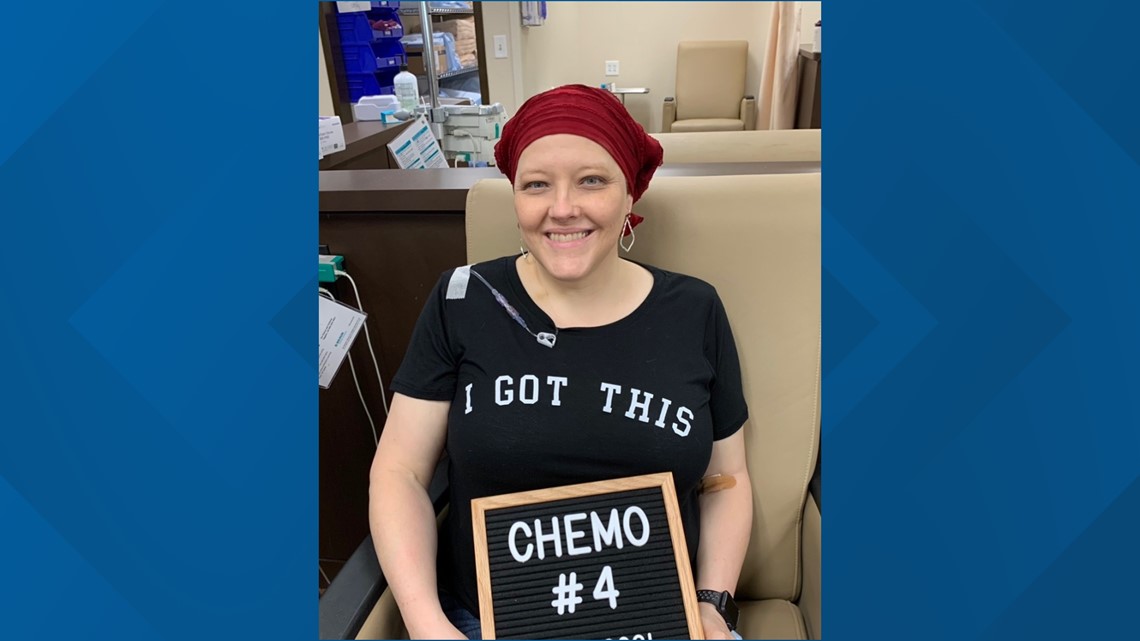 Sharron Kerber continued to treat cancer patients throughout her chemotherapy.

“I would do nothing, ever, other than be an oncology nurse,” she said.

“I had no signs. No symptoms. A routine mammogram came back a bit suspicious,” she explained.

A biopsy confirmed that she had breast cancer.

The news fell a few days before Mother’s Day.

Sharron promised him, “We have this.”

“She was the one who held me together,” Jeff said.

Sharron formulated a plan of which doctors to see, when.

But throughout her grueling treatment, she continued to heal others.

“Going to work while having cancer and taking care of these patients, it kept me sane,” Sharron said.

“I can recite things from a textbook and tell you what kind of side effects you’re going to get that I learned in nursing school, but that’s very different from going through it myself. I really understand now. I think it definitely made me a better nurse.

Jeff wanted to honor his resilient wife, so he nominated her for a little wish.

And he read her a letter revealing his surprise on a Zoom call with WFAA.

“Your little wish from Sam Pack Auto Group includes $3,000 in gift cards for things like gas and home repairs and tickets to see Hamilton,” Jeff read.

“I’m in shock, I’m usually not speechless, but you got me on this one!” she said.

Even though Sharron is cancer free, there are still several other surgeries.

Cancer can be a financial burden even for insured families, and the Kerbers said gift cards would go a long way.

Jeff has been by his wife’s side for 22 years for every doctor visit and every chemo treatment.

She may be the one who’s the nurse and the patient, but they’re fighting this battle together.

“We started together, we’re going to end it together,” Jeff said.