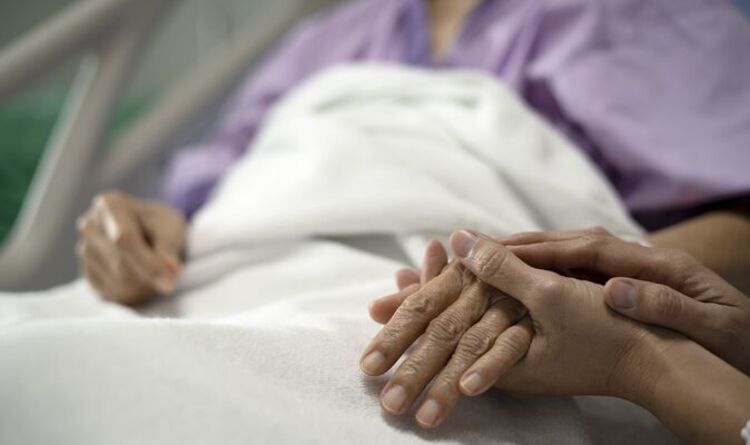 The globally respected oncologist wants to open his network of private centers to help up to 30,000 of the most seriously ill in Britain. His unprecedented nonprofit deal would provide access to life-saving therapies almost instantly. The offer was presented to NHS chiefs by Professor Sikora’s private provider, Rutherford Health. But, despite acknowledgment of the worsening emergency, it has yet to be addressed.

Professor Sikora, 73, who founded the company in 2015, said: “We are in the midst of a cancer crisis. It’s unlike anything I’ve seen for nearly half a century in oncology.

“Tens of thousands of people have missed their diagnosis and countless others are experiencing very significant treatment delays – I don’t need to lecture on the importance of quick action.”

Discussions have been held with No 10, the Department of Health and NHS England since the offer was made on December 21.

But the Express understands they favor local deals with individual trusts, rather than a sweeping national deal. That means 70 days later – when most patients should start cancer treatment after a referral – discussions are ongoing.

Cancer Program – added: “Capacity urgently needs to be expanded. We are delivering a quick win for the NHS by tackling the backlog and we are able to deliver immediate results.

The NHS says at least 85% of patients should not wait longer than 62 days to start treatment after an urgent referral to a GP. But this goal has not been achieved for six years.

A deal with Rutherford would be the largest public-private partnership in NHS history.

This would allow clinicians in Britain’s overburdened 223 trusts to refer patients to some of the most specialist cancer centers in Europe.

People currently at the mercy of long waiting lists would be referred based on their individual needs for diagnostic and oncology services.

Rutherford says he is ready to open his £400million network of radiotherapy, chemotherapy, proton therapy suites, MRI, CT and ultrasound to the public at sites in Newport, South Wales,

Reading, Liverpool, Newcastle and Taunton, Somerset. He estimates he could treat at least 8,000 NHS patients a year for 36 months.

The company is already treating NHS patients in devolved Wales.

Earlier this month Boris Johnson announced a new target to clear the growing backlog – but it will take more than a year.

He said he ultimately wants the “vast majority of people” who suspect cancer to have confirmation within 28 days.

In their formal written offer, Rutherford bosses said: “We believe we can provide an extended, more efficient and more cost-effective service to a much wider range of NHS trusts beyond these local arrangements providing additional capacity. This offer aligns with the spirit of the most recent guidance from NHS England which urges greater use of the independent health sector to deal with backlogs caused by the pandemic.

The number of people who should have been diagnosed sooner or started treatment sooner now stands at 63,873. More than a million more are in desperate need of testing and treatment.

Rutherford CEO Sean Sullivan said: “Fixing the Covid backlog is the number one priority of the British people. Rutherford is already playing an important role, but our cancer recovery contract would allow thousands more patients to receive the diagnosis and treatment they need.

“It’s a quick win for the NHS. “We have the staff, the facilities and the desire to deliver solutions immediately. Given the urgency of the situation, we hope that our non-profit offering can be explored as soon as possible.”

What’s going on where you live? Find out by adding your postal code or visit InYourArea

TO avert a devastating number of years of life lost to cancer, we need urgent action. Capacity needs to be increased and it needs to happen quickly.

But building a cancer center is not easy, it takes years of work – I know, I’ve been involved in building many centers around the world.

This is time that cancer patients cannot afford to waste.

So how can we solve it? Rutherford is offering our facilities to help eliminate the backlog caused by Covid over the next 36 months. This would equate to an additional level of cancer service capacity of between four and five major NHS acute trusts.

Currently, we offer the NHS partnerships with local cancer services, but we have the capacity to do so much more.

We can offer hundreds of trained employees, world-class processing technology and access to state-of-the-art diagnostic facilities. And we have the capacity to welcome thousands of new patients.

Our offer is entirely non-profit.

Cooperation is in place with various NHS trusts, which are already benefiting patients across the country, but we want to work nationally to ensure that as many as possible can access our services.

When is the right time to have a colonoscopy?