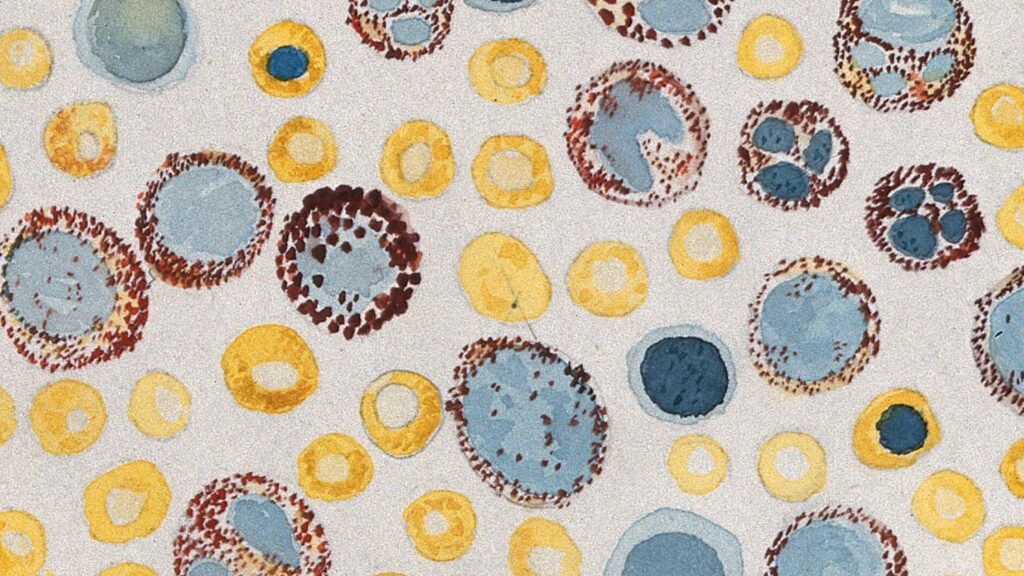 In 2010, Doug Olsen became the second person in the world to receive CAR-T cell therapy, an experimental tactic to engineer your own immune cells to fight cancer. His doctors had tempered expectations about how he would battle Olsen’s chronic lymphocytic leukemia, an incurable blood cancer – it was one last stab in the dark, with no guarantees.

“It was, at the time, an exit idea,” Carl June, an immunologist at the University of Pennsylvania and lead researcher on the experiment, said on a call with reporters on Tuesday. “In the informed consent document that Doug signed, we thought [the CAR-T cells] would be gone in a month or two.

But as the researchers followed Olsen and another patient, what they saw was remarkable: Year after year, the CAR-T cells persisted, actively monitoring the cancer cells. Olsen has now been cancer-free for a decade, June and her colleagues reported Wednesday in Nature. The results are so long-lasting that June dared to use a word that oncologists generally shy away from: cured.

“We can say it was a cure for Doug, because it’s the most mature and earliest available finding reported in the scientific literature. Because it was the first to be treated,” June said. later, more leukemia cells, and we still have CAR-T cells patrolling and monitoring leukemia.” The first patient treated with CAR-T, Bill Ludwig, also remained cancer-free until his death from Covid- 19 in January 2021.

These lasting results are a landmark scientific achievement for a field that has seen a surge of progress since the first patients were treated a decade ago. There are now approved CAR-T therapies for six different indications, including different types of leukemia, lymphoma and myeloma. But nearly every other patient treated with CAR-T therapy eventually experienced cancer relapse, making the lasting response of these first two patients extraordinary.

“This is an important step. It makes you think about everything that’s happened in the last 10 years,” said Marcela Maus, an immunologist at Mass General Hospital Cancer Center who was not involved in the work. “These first two patients were both quite remarkable in terms of long-term remission and the subjects of a publication that really catalyzed the whole field. This led to the flurry of activity in the biotech space and the clinical development of CAR-T as a therapy.

The new research also provides an in-depth look at the behavior of CAR-T cells in the body over time, with detailed data from routine blood draws on Olsen.

“The new document really describes in great detail what happened to the first two patients,” Maus said. “As an immunologist, it’s really interesting to see the evolution of a very specific T-cell response, when you know exactly the day they came in and were exposed, and then carefully tracked over 10 years.”

Scientists are making CAR-T cells smarter. Here’s what the next generation could look like

The therapy works by isolating immune cells called T cells from the patient’s body. Next, researchers use a virus to genetically engineer a synthetic receptor — known as a CAR, or chimeric antigen receptor — on the surface of the T cell. This CAR can bind to a specific target, in this case a protein found on immune B cells called CD19, and it can activate the T cell to kill any cell carrying that target. Because chronic lymphocytic leukemia, the cancer that Olsen and Ludwig had, are B-cell malignancies, the modified cells could recognize cancerous B cells and destroy them.

Olsen didn’t notice any change in the weeks after his first infusion in December 2010. Then he started to feel seriously ill – like he’d been struck down by a terrible flu – and he was hospitalized. At that time, data suggests that the CAR-T cells he had just received were rapidly proliferating as a type of T cell known as a killer T cell. These are known as CD8 cells, and they would kill any cancerous cells they could find.

“You kill a lot of cancer cells and they spill their contents into the blood. It can make people very sick and cause kidney damage that Doug had,” said David Porter, Olsen’s oncologist at the University of Pennsylvania.

Olsen also exhibited some symptoms often attributed to cytokine release syndrome, which occurs when CAR-T cells flood the body with cytokines, immune compounds that white blood cells use to kill. It can cause flu-like symptoms in some patients, but in some cases these cytokine storms can lead to fluid leaking into the lungs, extreme fevers, neurological damage, and even death.

At the end of Olsen’s three-day stay in the hospital, Porter told him that about 18 percent of his white blood cells were CAR-T cells. The following week, Olsen returned for a check-up. He and Porter were thrilled and shocked by the outcome.

“Doug, we can’t find a single cancerous cell in your body. Your bone marrow is completely free of [the cancer]Porter told him. It took about six more months after treatment for some markers of residual disease to disappear.

Over the following months, the data suggested that the patients’ CAR-T cells transformed from CD8 killer T cells to CD4 T cells, or “helper” T cells. These tend to stay in the body and help form long-term immune memory, but are generally less involved in actively destroying diseased cells.

In the years that followed, the population of CAR-T cells did what our own natural T cells normally do: switch from one type to another. After 9 years, the researchers could only find CD4 cells, suggesting that the cells had stabilized into a long-term population of helper T cells.

When the scientists isolated these CD4 cells 9 years after treatment, they carried markers that generally suggest the immune cells are too exhausted to continue doing their job. Despite this, these CD4 CAR T cells could still unexpectedly recognize and destroy cancer cells in the lab, leading June and his colleagues to suspect that the cells prevented the cancer from coming back in patients by killing all the B cells in the cell. body. makes.

Immunologists are now speculating what these observations might mean about the evolution of CAR-T cells in the body and why they work so dramatically for some patients. Maybe there is something special about a CAR in a CD4 cell that makes T cells still functional after so many years. Perhaps it’s important to have a flexible population of CAR T cells that can switch between types — including CD4, CD8, and gamma-delta T cells — thought Maus of MGH. “Multiple cells can have effects, and maybe multiple are better,” she said.

That’s exactly the kind of brainstorming the authors wanted to spark — questions whose answers could ultimately help scientists “generate the next iteration of therapies,” said University of Pennsylvania immunologist and author Joseph Melenhorst. main of the article.

For Olsen, the results indicate reason for optimism, at least for some patients, when options are scarce. “That day in 2010 when I got my CAR-Ts and my tumor cells disappeared, it meant there was a whole new treatment paradigm,” he said. ” [For cancer patients], it would make a big difference in their hope. And if there’s no remedy for [them] today, there is a possibility that around the corner, there is.

Zimbabwe: Death of a famous doctor specializing in Zim