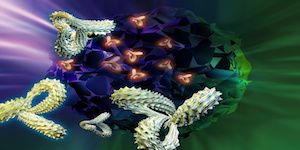 Results of CAR T-Cell therapy are unlikely to be influenced by race/ethnicity, obesity

According to an analysis which showed that the results of the therapeutic approach were not affected by race, ethnicity or obesity.

However, the analysis indicated that Hispanic patients were at higher risk for cytokine release syndrome (CRS), the most common toxicity associated with CAR T cells. Based on their findings, study researchers cited the need for better access to CAR T-cell therapy among underrepresented populations and a better understanding of variable toxicity among these groups.

The group noted that to date, it has been difficult to answer whether CAR T-cell therapy can benefit racial/ethnic monitors and obese patients, largely because these groups lack representation in clinical trials. For example, the first 2 randomized trials of CAR T-cell therapy in the United States had cohorts that included less than 10% Hispanics or Blacks.

“Given the enormous potential of CAR T-cell therapy to overcome chemotherapy-resistant and refractory diseases, understanding whether its benefits also extend to racial and ethnic minorities and obese patients is of critical importance to assess the generalizability of existing outcome data for this novel cancer treatment modality and potentially improving outcomes for most-at-risk populations,” the researchers explained.

In the current analysis, the researchers looked at data from 5 phase 1 studies that took place between 2012 and 2021, including 139 infusions in patients with B-cell acute lymphoblastic leukemia (B-ALL).

“It is important to note that other factors not assessed in this study, such as lymphodepletion regimens and nuances of CAR manufacturing, have also been implicated in CRS severity, and therefore further work is needed to determine whether these factors could impact the toxicity disparities we found,” the researchers described. “In particular, the extremes of BMI [body mass index] were associated with greater toxicity with conventional leukemia treatment, and although our study failed to show an association between BMI and CRS severity in general, we found that Hispanic patients in overweight or obese were most at risk of severe CRS in our cohort. ”

The researchers noted that due to the limited representation of black and African American patients in the studies, they were unable to make inferential statistical comparisons for these patients.

Simple Ways To Avoid ‘Deadly Cancer’, Say Doctors – Eat This, Not That