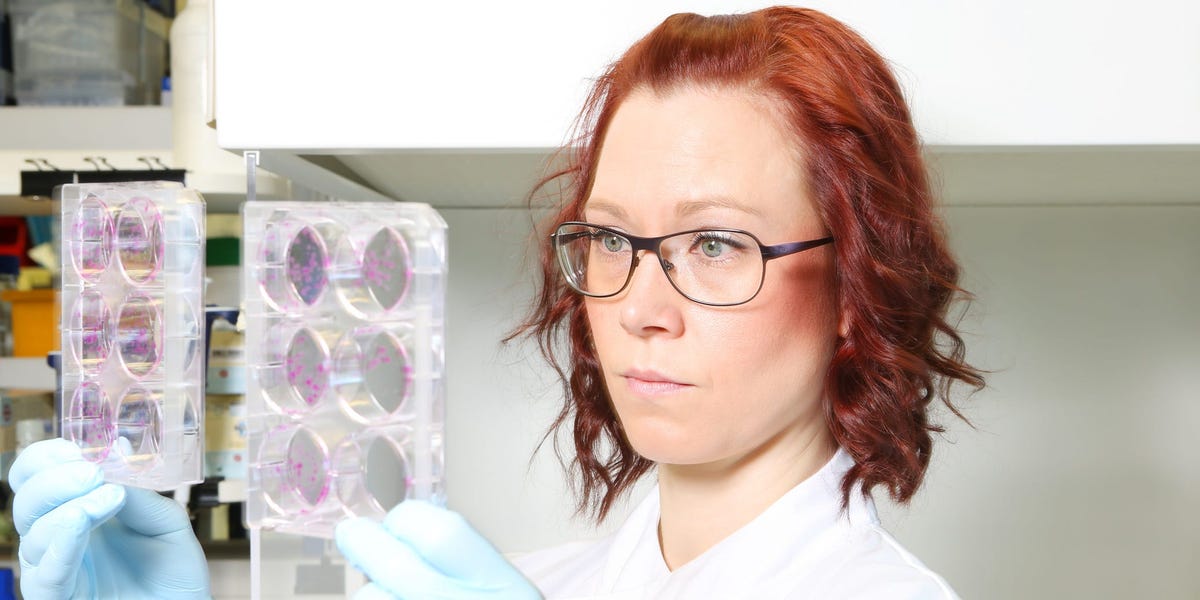 Breast cancer is classified into five stages, from zero to four. Usually stage zero is the least of concern and stage four is the most severe, where cancer has grown and spread.

In the United States, women have a 1 in 8 chance of developing breast cancer, according to the American Cancer Society. But luckily, breast cancer is usually diagnosed in Stage I, “because we use mammograms and other imaging tools to diagnose it before many women even realize they have something going on.” , explains Norah Lynn Henry, MD, disease in breast oncology. at the Rogel Cancer Center at the University of Michigan.

But in other countries where this kind of technology is not as prevalent, breast cancer is diagnosed at a later stage, she says.

The stages of breast cancer are used to guide treatment, says Yolanda Bryce, MD, radiologist at Memorial Sloan Kettering Cancer Center. They help oncologists communicate and understand the type and severity of cancer they have, says Henry.

Different stages have different survival rates, but it’s important not to dwell too much on the statistics, as situations vary among individuals, says Bryce.

â€œThere are so many innovations and advancements in the field that [a patient’s] the clinical picture does not necessarily resemble the published figures, â€she said.

The rate at which breast cancer progresses from stage to stage varies widely. Some cancers can take a few months to progress, and others can take years, Bryce says.

Here is a guide to the different stages of breast cancer and what each stage can mean for you.

This is cancer that is present in the milk ducts but has not spread outside the ducts or lobules in the surrounding breast tissue.

You can think of them as little spots of cancer that haven’t turned into a tumor yet, Bryce says. At stage 0, you usually don’t have any symptoms – you can’t see or feel a lump yet, she says.

For stage 0, the five-year survival rate, which is the percentage of people who live at least five years after cancer is found, is 100%.

In stage I, cancer cells have spread to the surrounding breast tissue, but they are still contained in a small area. Stage I is divided into stages IA and IB.

Many people with stage I cancer have no symptoms, but some women feel a lump, Henry says. “For most women, it is found on [a] mammogram, â€she says.

The five-year survival rate is 98% to 100% for stage I. Because the cancer found at this stage has a high survival rate, this underscores the importance of having mammograms, Bryce says. And a significant number of women don’t.

In 2018, about 63% of American women aged 45 and over were up to date in breast cancer screening, according to a 2021 report from the American Cancer Society.

In stage II breast cancer, the cancer has grown, but it is still in a limited area of â€‹â€‹the breast. Like step I, step II is divided into two sub-steps:

Stage IIA involves one of the following:

Stage IIB involves one of the following:

Women with stage II breast cancer often feel a lump in their breast, and if they have more cancer in their lymph nodes, they may feel a lump under their arm, Henry says. But they can still feel nothing. Other possible symptoms include:

While pain can be a symptom, it’s not common, Bryce says.

In stage III, the cancer has spread further into the breast or the tumor is larger. This step includes three sub-categories:

Stage IIIA involves one of the following:

At stage IIIB, the tumor has spread to the chest wall behind the breast, and:

At stage IIIC, with or without a tumor in the breast, the cancer has spread to any of the following places:

In stage III, the patient may present with symptoms similar to those in stage II, listed above. The five-year survival rate for stage III breast cancer is 66% to 98%.

To note: For stages 0 through III, the goal is to cure the cancer and keep it from coming back, says Henry. “The higher the stage, the more likely the cancer is to come back.”

Stage IV, also called metastatic, is the most advanced stage of breast cancer. At this point, the cancer has spread to nearby lymph nodes and other parts of the body, such as the lungs, liver, brain, or bones.

When the cancer has spread to other distant parts of the body, the five-year survival rate is 28%. “With the treatments we have today, most patients, unfortunately, are not cured of their cancer” if it is stage IV, says Henry. But, she adds, “We can still process, we can still manage, we can still help people feel good for as long as possible.”

In addition, many new treatments are emerging. â€œPeople are living longer even with stage IV disease,â€ says Bryce. A 2018 study found that the effectiveness of breast cancer treatment on survival increased dramatically from 1975 to 2015.

In addition to the numerical stages, breast cancer is classified using the American Joint Committee on Cancer’s TNM system, which takes into account:

â€œThe grade of breast cancer is how aggressive it looks under a microscope,â€ says Henry. The rating is also assigned a number, with one being the least aggressive and three being the most. Because stage and grade are numbered systems, patients sometimes confuse the two, she says.

When meeting a breast cancer patient, Henry says she talks about stage, grade and other factors to advise on the best form of treatment.

Breast cancer is classified into five different stages, in part to make it easier for healthcare providers and patients to communicate and understand the type of cancer.

â€œUsually the most common presentation is nothing. You don’t feel anything at all. And I think it’s important to stress that this is why the mammogram is necessary,â€ says Bryce.

If you’ve been diagnosed with breast cancer, don’t be afraid to ask your oncologist questions, says Henry. Patients may not fully understand the risks and benefits of treatment, especially “in the stressful and overwhelming nature of the first cancer diagnosis,” she says.

Allison Torres Burtka is a freelance writer and writer in the Detroit Metro. Her writings have appeared in The Guardian, espnW, Women’s Running, Sierra Club Magazine, Crain’s Detroit Business and other media. She writes on topics such as health and wellness, sports, the environment, sustainability and business leadership. To see more of his work, visit atburtka.journoportfolio.com.