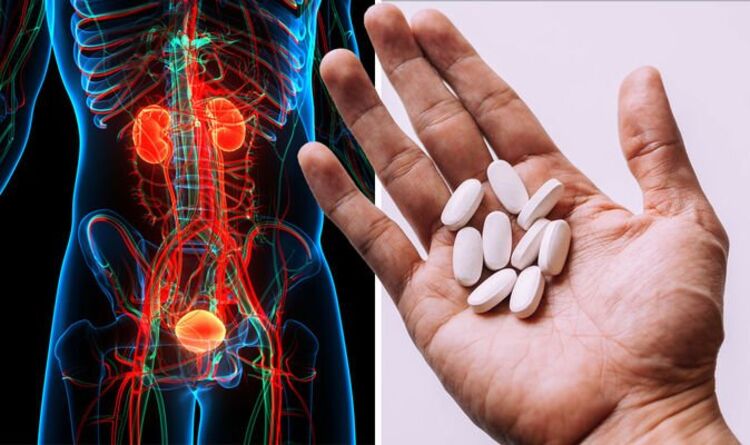 The popularity of the supplement industry has grown monumentally, but ongoing research is raising concerns about the safety claims of certain pills. The debate over whether the risk outweighs the benefits has been widely debated. However, further research is urgently needed to elucidate the issue. In previous studies, researchers have suggested that vitamin E supplements may increase the risk of prostate cancer by 111%.

Vitamin E, essential for the maintenance of skin and eyes, also plays a key role in the immune system.

It is perhaps best known for its antioxidant effects, which help protect against the harmful effects of oxidative stress.

The nutrient is found naturally in vegetable oils, such as rapeseed, sunflower, soy, corn and olive oil, according to the NHS.

The health body adds: “You should be able to get all the vitamin E you need from your diet. Any vitamin E that your body doesn’t need immediately is stored for future use, so you don’t have it. need in your daily diet.

READ MORE: Bowel cancer: Do you suffer from hematochezia? The knocking warning sign on the toilet

The NHS says amounts of up to 800 IU of vitamin E per day are unlikely to cause harm to the body.

But early research published in the Journal of the National Cancer Institute has sounded the alarm about the supplement’s safety in high doses, after showing it can more than double the risk of prostate cancer.

During the study, the men took 200 micrograms of selenium and 400 IU of vitamin E daily, together or separately.

According to the US National Institutes of Health, these doses far exceed the recommended daily intake, which is 55 micrograms of selenium for adults and 22 IU of vitamin E.

It should be noted, however, that those affected had markedly low levels of selenium in their blood.

Among participants with low selenium levels, the results revealed that vitamin E increased the overall risk of prostate cancer by 111%.

The Selenium and Vitamin E Cancer Prevention Trial (SELECT) was funded by the US National Cancer Institute.

Medscape noted that “the SELECT trial found no protective effects of vitamin E, taken alone or in combination with selenium.”

“This follow-up period revealed the potential harms of supplement use and may have helped change the perception that dietary supplement use in healthy populations is harmless,” Medscape added.

Although the study results are alarming, it is important to note that the participants took high doses of vitamin E supplements.

Some studies, such as the Alpha-Tocopherol, Beta-Carotene Cancer Prevention Study, have suggested that taking vitamin E at the recommended dose may have a protective effect against cancer.

In the study, researchers reported a 30-40% decreased risk of prostate cancer incidence and mortality in men receiving 50 IU of alpha-tocopherol daily. Benefits have been identified in smokers.