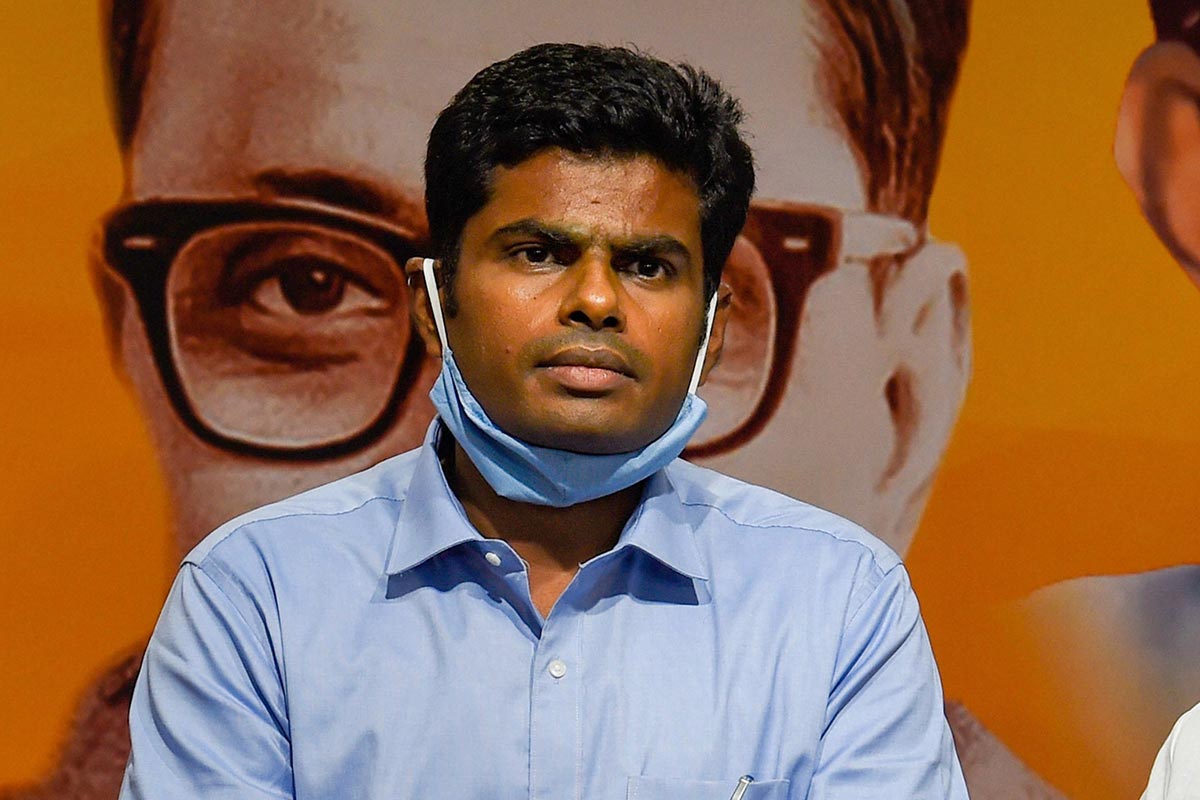 The BJP state leader believes there is a ‘wider conspiracy’ behind the incident of a Molotov cocktail being thrown at the party’s headquarters in Chennai.

Top BJP leaders in Tamil Nadu have demanded an investigation by the National Investigation Agency (NIA) into the Molotov cocktail incident at the BJP headquarters in Chennai on Thursday, February 10. Speaking to the press, BJP Head of State K Annamalai said he wanted everyone and the anti-national forces behind this attack to be arrested and brought to justice”.

Police were quick to identify a defendant involved in the 1:30 a.m. attack outside Kamalalayam in downtown T Nagar on Thursday. The defendant is a 38-year-old history leafter named Vinod. In his press release, police said Vinod used to throw Molotov cocktails. He has done this twice before and was convicted twice – once at a police station and the next time outside a TASMAC outlet, and has also been convicted in other criminal cases.

This time, the 38-year-old dropped the bombshell supposedly to register his protest against the BJP’s stance on banning the NEET (National Entrance Eligibility Test) – the entrance exam for undergraduate courses in medicine and dentistry.

However, Annamalai thinks the attack is unlikely to be the work of a single person. “It is very hard to believe that an individual – who has a history of criminal affairs, including murder – threw a petrol bomb to protest the education policy or the BJP’s stance on the NEET issue, because it is likely that this person has nothing to do with the subject of education,” Annamalai told reporters.

Furthermore, Annamalai said that the supposed reasons and facts exposed by the police following the preliminary investigation do not seem to corroborate.

“Police called this accused man a ‘drunkard’ and at the same time on a previous occasion the accused threw a bomb at TASMAC (outlet) to force liquor stores to close. It doesn’t add up,” he said, adding that only the NIA can bring out all the conspirators and criminal elements in the case.

On Tuesday, all BJP banning political parties in the Tamil Nadu Assembly unanimously re-passed the NEET banning bill, after Governor RN Ravi dismissed the bill saying the new bill was “ anti-poor” and went against the interests of the economically and socially weaker students.