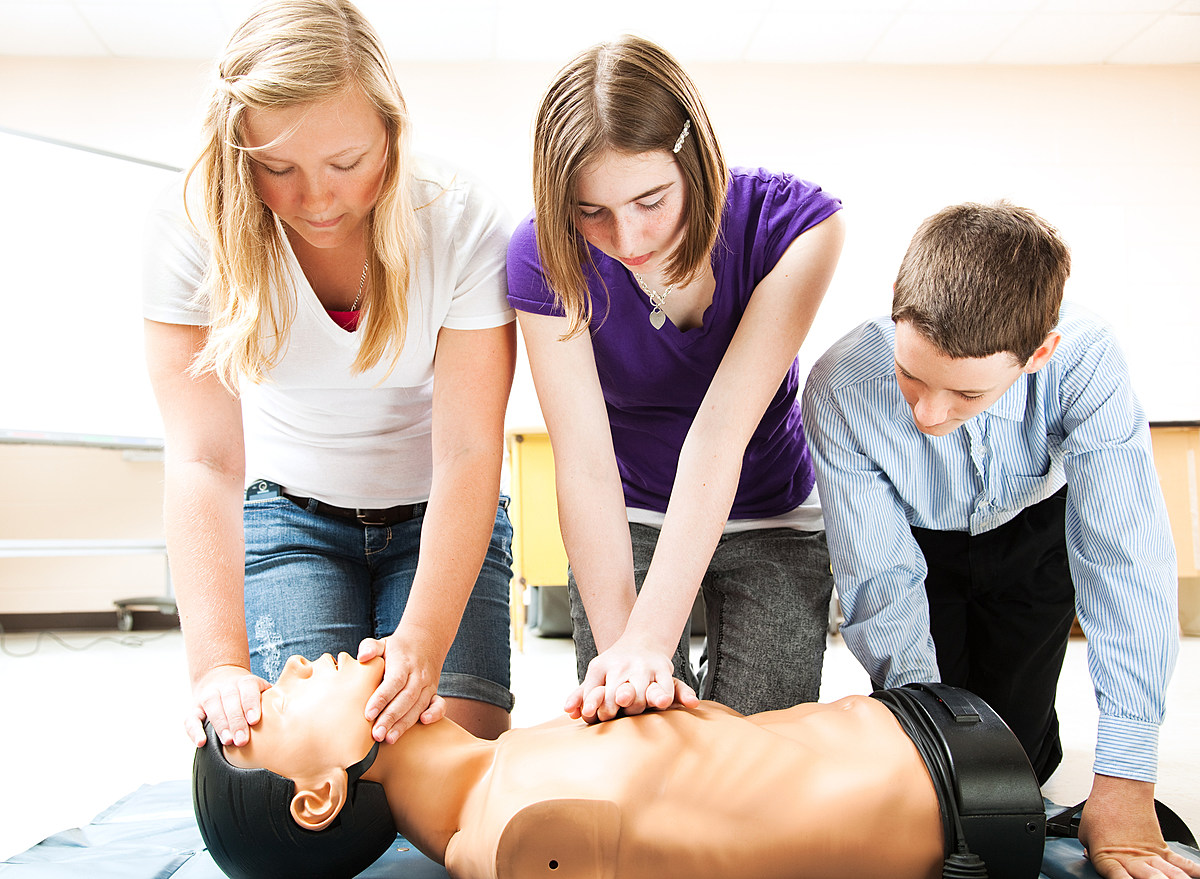 Toms River CPR Specialist has tips that will save your life

In the wake of a moment, anything can happen, so it’s important to know what to do in an emergency because your actions can save a life.

Cherie Garrison, owner of Hands-on CPR training based in Toms River and has been teaching CPR since 1997, had one of those moments just a month ago at the Ocean County Library in Toms River.

She was a Sunday guest on “Shore Time with Vin and Dave” on 94.3 The Point and 105.7 The Hawk, sharing this story and discussing steps for you to learn CPR too.

“Saturday June 4th I offered two classes for the community which were free, the first started at 10:00 a.m., the second started at 11:30 a.m. The first class we had was very well set up, we had nine students, what was really nice was a lot of families like fathers, daughters, a mother and her two sons — just people who wanted to learn the life-saving techniques of CPR,” Garrison said. “Between classes I was sitting between the green room and security came up to me and said ‘do you know CPR?’ and i looked at him and i said ‘yes’ and he said ‘there’s someone outside cold upstairs’ so i went upstairs and there were two staff members who were on the phone with 9-1-1 and they were quite upset a gentleman who was cold on a chair and we had to put him on the floor so we put him on the floor I checked his pulse he didn’t there was no sign of life, I started chest compressions and screamed for my co-worker who I hired to come and help me with the free CPR demonstrations. So, we ended up doing the CPR at the library on a gentleman who was resuscitated at the scene.

At the time, the man’s color had turned rather purple, Garrison said, and while she was performing CPR on him, shortly after, a paramedic and a volunteer firefighter arrived on the scene.

“The EMT had oxygen, I had a bag-mask she was able to deliver oxygen to the victim and once he started getting oxygen his color changed very quickly,” Garrison said. “It was scary, but it just goes to show that this victim was resuscitated with CPR alone. Of course EMS came and responded, but it really did save a life that day.”

If you find yourself in this type of situation where someone is changing color and may need CPR, there are a few steps you need to take to help them.

“Your first step is to always check the scene, you want to make sure the scene is safe for you. As a first responder, you will not go to a scene that is not safe for you. As soon as you determine that the scene is safe, you want to try to wake the victim up, you’re going to tap them on the shoulders and yell ‘Are you okay?!’ — you’re trying to get a response from the victim, so you’re really trying to hit and yell, they call it hitting and yelling, ‘Are you okay?!’ Once we establish that the victim isn’t responding , even if it’s responsive and doesn’t fully answer you, you want to call 9-1-1,” Garrison said. “When calling 9-1-1, if possible, you want to use a land line rather than a cell phone, so if this were to happen to the library, you would want to call from their land line as opposed to a cell phone. – it’s just a better indicator for dispatchers and 9-1-1.”

After calling 9-1-1, you check for signs of life, such as checking your pulse.

“If you don’t know how to check the pulse you just want to look for signs of life because at this point he’s not responding to you and if he has no signs of life you want to act fast and you want start chest compressions for CPR,” Garrison said.

Before you begin chest compressions, you’ll want to lay the person flat on a flat, hard surface, Garrison said, and a bed or couch doesn’t work.

“You want him to be lying on his back so you can get close to him, your knees would be around his shoulders to his elbows so you can find the area on his breastbone above where their hearts,” Garrison said. “Your heart is about the size of your fist, it’s located in the center of your chest, and we use the nipple line as a guide, so when we do our squeezes, we use the heels of our hands and we’re going to compress at least two inches which is about the depth of your thumb and what we’re doing with our compressions is we’re placing the heart between the sternum and the spine and with each compression we’re pumping that heart to create blood flow.”

Then it’s a specific amount of compressions you’ll need to apply to help revive the victim.

You can listen to the full conversation that myself and Dave Crossan had with Cherie Garrison with Hands on CPR Training, here.

When Ocean and Monmouth County Police Saved the Day

A woman shocked by the waiting time to see a specialist

Funding for specialist nurse to support mesothelioma care in Kent