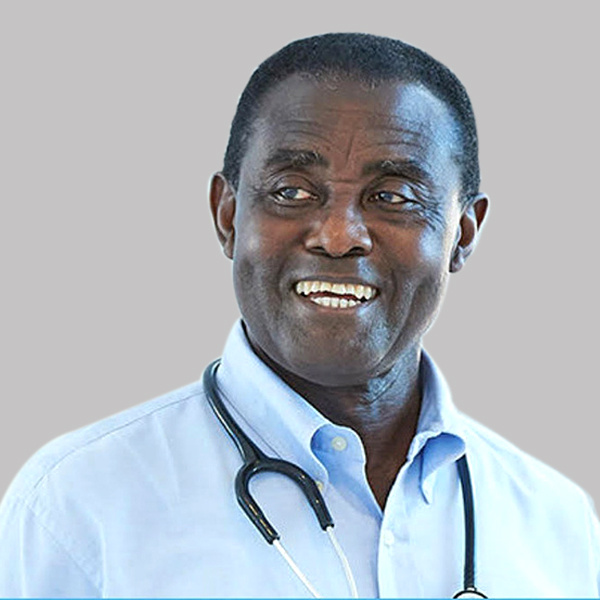 Tributes have started pouring in for global sickle cell disease (SCD) specialist and Chairman of the Ghana Sickle Cell Foundation, Professor Ohene-Frempong, who died in the United States on May 7, 2022 after battling fast-growing cancer.

Professor of Pediatrics and Director Emeritus of the Comprehensive Sickle Cell Center at Children’s Hospital of Philadelphia, USA, Professor Ohene-Frempong was an advocate for the disease in Ghana and a global leader who increasingly dedicated time to sickle cell disease. work in Africa.

Among those paying tribute to him are the Vice President, Dr. Mahamadu Bawumia, the West African Genetic Medicine Center (WAGMC) and the Sickle Cell Disease Association of America.

He was instrumental in helping bring the discussion on the SCD in Ghana to the fore.

The Vice President, Dr Mahamudu Bawumia, sent a message of condolence to the family, describing his death as a great loss to the nation.

“I received with sadness the news of the passing of my friend, Professor Kwaku Ohene-Frempong who until his death was the President of the Sickle Cell Foundation of Ghana.

“Prof was a highly accomplished person, recognized worldwide in his field of specialty. He was a very humble and caring person. He was passionate and committed to his research and practice to help people living with sickle cell disease. His loss is indeed a great loss for Ghana. My condolences to the family,” Dr Bawumia tweeted.

The Sickle Cell Disease Association of America also posted on its website: “The dedication, passion and intelligence of Dr. Ohene-Frempong will be sorely missed.

“It is with heavy hearts and with great difficulty that we announce the passing of Professor Kwaku Ohene-Frempong, Chairman of the Sector Advisory Board (SAB) of the West African Center for Genetic Medicine (WAGMC). Professor Kwaku Ohene- Frempong passed away peacefully on May 7,” the council also announced on its website.

“Prof. Ohene-Frempong was an important and inspiring member of the WAGMC team since its inception.

“He has dedicated his medical career to improving the lives of people with SCD. WAGMC is mourning a great loss,” WAGMC added.

Professor Ohene-Frempong has been an advocate for the disease in Ghana and around the world and has researched the disease extensively.

Born in Kukurantumi in the Eastern Region, Prof. Ohene-Frempong earned his Ordinary and Advanced level certificates from Prempeh College

His excellent academic and impressive credentials in athletics won him a scholarship to attend Yale University in 1966 and earned a Bachelor of Science in Biology. He continued his education at Yale School of Medicine and graduated in 1975.

He then went to Tulane University where he established the South Louisiana Sickle Cell Center and served as its first medical director. He also became chair of the pediatric hematology-oncology section and associate professor of pediatrics at Tulane Medical University.

Passionate about Ghana and eager to put his knowledge to the benefit of his community, he undertook his doctoral thesis on “Child Health in the Ghanaian Community” as a result of what he was exposed to when he was working at Komfo Anokye University Hospital in Kumasi in 1974.

He thus extended his research to Ghana and led the Philadelphia Hospital to partner with other stakeholders in Ghana to undertake a newborn screening project to find out their sickle cell status in Kumasi and Tikrom .

This project led to the expansion of sickle cell centers in Ghana and became the main advocate for the replication of this project nationwide and made it an integral part of health care for babies in Ghana in all health centers.

He also founded the Sickle Cell Foundation in Ghana to give voice, support, advocacy and intervention to sickle cell patients in the country.

He conducted regular clinics for patients at the sickle cell clinic at Military Hospital 37.

Professor Ohene-Frempong was also a member of the National Institute of Health’s Sickle Cell Advisory Committee (1986-1990) and was also elected President of the SCD Association of America in 1991 and completed his term in 1998.

He remained on the Sportsman Advisory Board

While at Yale, he captained the college track team and set records both indoors and outdoors in high hurdles. He continued to represent Ghana and competed in 1970, set a new national record in the 110 meters, a record which was broken in 1996 at the Atlanta Olympics.

Upon graduating from Yale University in 1970, he received the William Mallory Award for Outstanding Student-Athlete.

The National Collegiate Athletic Association (NCAA) presented him with the Silver Anniversary Award in 1975, an award that recognized six distinguished former student-athletes on their 25th anniversary as college graduates.

In 1999, he was named one of the first inductees into the International College Athlete Hall of Fame alongside Arthur Ashe, the first black tennis star.

In 2001, as part of Yale University’s 300th anniversary, he was selected as one of nine former Yale athletes as the first recipients of the Willam H. W. Bush Lifetime of Leadership Award.