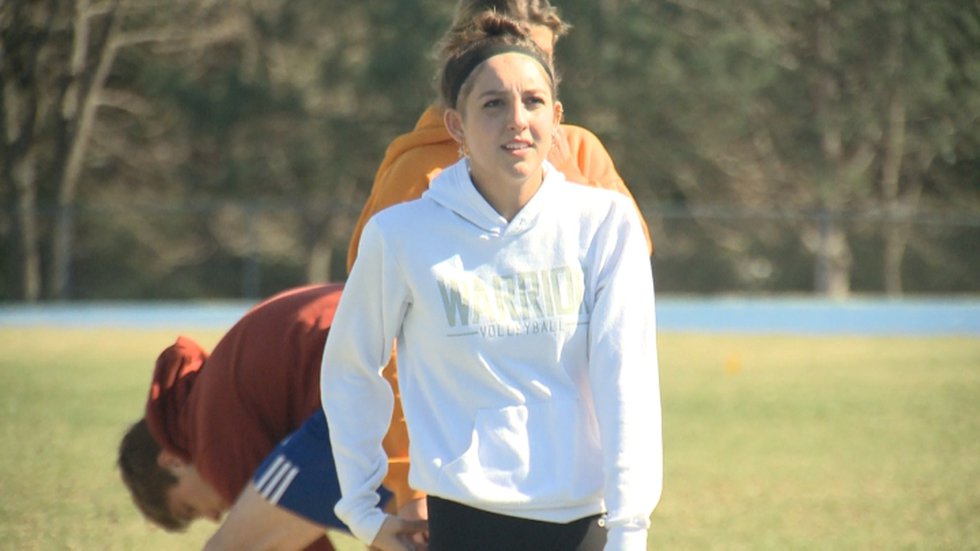 LINCOLN, Neb. (KOLN) -Being a senior student athlete in high school comes with all kinds of challenges. For Wahoo high jumper Mya Emerson, her challenge was tougher than most as she faced the toughest fight of her life.

August 27, 2021 started like any normal day for Mya and the Emerson family. As Mya and her mother were out for Wahoo’s first football game of the season, they received a call that changed everything.

“Well, when I found out I had cancer,” Mya said. “I was pretty devastated but at the same time I felt motivated to get through it.”

After being diagnosed with a cancerous mass in her sinus cavity, Mya began treatment followed by eight weeks of care at Mayo Hospital, where she underwent six cycles of chemotherapy and 34 cycles of proton radiation therapy.

On January 24, she was finally able to ring the bell.

“It’s very exciting,” Mya said. “I can’t even describe how excited I am and also looking forward to the future.”

“The support she received not only from school, but also from her family and the community,” said Wahoo coach Eric Gottschalk. “It’s amazing and of course she deserves it, she’s willing to do absolutely whatever it takes.”

A few months later, on April 1, Mya was back on the track doing what she loved competing in the high jump.

“Well, I was really emotional, it was really special for me because I love this sport and I never thought I would be where I am today, it was a happy moment,” Mya said.

“Most people, including me,” said coach Gottschalk. “Most people can’t even imagine what she’s been through for the past six months and being able to come here and compete and do whatever she’s asked to do, she’s an inspiration.”

Not only did she compete in the high jump, but she placed third with a 4-foot-10 jump just two months after ringing the bell.

Finishing third in her first encounter is great, but Mya doesn’t stop there.

“She qualified for the state last year,” coach Gottschalk said. “So our goal is to get him to peak in the high jump when we get to the districts and hopefully the state.”

Although she still doesn’t feel 100% and still feels sick and underweight, Mya is happy to be back and has embarked on the journey.

“I hope I can have an impact on others,” Mya said. “I just want to show that even if you go through hard times, you can do whatever you want.”

Mya’s coach said afterward that Mya’s positive attitude and strength is why she serves as a role model for people of all ages, demonstrating how to face adversity and live life to the fullest.