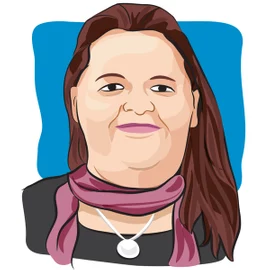 Why tough conversations about cancer matter

A few weeks ago, Alex Trebek made the news when an excerpt from his then-forthcoming book was published. Trebek reportedly said that if the treatment he was receiving at the time of writing failed, he would stop his treatment. Trebek noted that although his family had struggled with his decision, they had come to understand his choice. He shared that if he had made that choice, he would have done it for a better quality of life rather than focusing on the amount of time.

Trebek later clarified that he was in the wrong frame of mind when he wrote this part of his book and that he was happy to report that his treatments were working and that he was doing better than when. this passage has been written. While thought-provoking, Trebek’s original comments are part of a larger conversation that I think is important to those battling cancer. Whether it is incurable cancer or treatable cancers.

Ideally, when it comes to cancer, we hope that everyone who is diagnosed will one day find a cure. Unfortunately, not all cancers are curable, and cancer remains deadly for so many people. For those facing treatments that no longer show success or benefits and those suffering from complications that affect their quality of life, stopping treatment should be a conversation. Although difficult, it needs to be discussed.

Trebek spoke about these things with his family, and they were understanding and ultimately supported his initial decision. Although this was his experience, it is not always the case for all cancer patients. It can be difficult for those closest to the patient to understand how they made this decision. Some may think of it as “giving up” or “giving up” when in truth that is not what is happening. To make this choice, one must come to an innate acceptance and understanding of the harsh reality they face.

When my sister was sickest, I was fortunate enough to have her healthcare team guide me through seemingly impossible choices. There have been many times that I have spoken with his clinicians about discontinuing care. She was so young and losing her to cancer was hard enough, harder even to think about losing her before she was 30. However, sometimes his quality of life was just not there. She spent her time in the clinics, receiving treatments that did not help her but caused complications. She was rarely at home, and with the prospect of her death anyway, continued care seemed like a bad choice. There was a time when we would stop for a bit, and I would take her on a trip so she could get away from it all and live while I thought about what’s next.

Like any cancer patient, these choices should be made with your doctors and loved ones. I appreciate Trebek’s openness because he presented interruption of care as an option and pointed out the emotions and complexities honestly associated with that choice. More than anything, I hope that Trebek’s sharing will initiate a much needed dialogue within the cancer community about the equal importance of weighing quality of life versus quantity of life a patient is striving for.