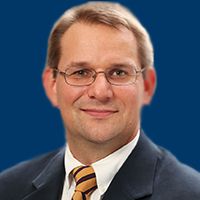 New research by scientists at the Yale Cancer Center shows that less than one-third of elderly patients with chronic myeloid leukemia received optimal follow-up in the laboratory and only two-thirds adhered to TKI treatment during the first year after diagnosis.

New research by scientists at the Yale Cancer Center shows that less than a third of elderly patients with chronic myeloid leukemia (CML) received optimal follow-up in the laboratory and only two-thirds adhered to treatment with TKI within the first year after diagnosis. TKI treatment can provide a “functional cure” of the disease for many patients with the disease. The findings were reported today at the 2021 American Society of Hematology (ASH) Annual Meeting and Expo in Atlanta, Georgia.

“We were surprised by the proportion of patients who received no laboratory and/or optimal monitoring to ensure that the treatment they were receiving was working well or to guide a change in treatment,” said Rory Shallis, MD, Assistant Professor of Medicine. (hematology) at the Yale Cancer Center and lead author of the study. “We were also surprised that a third of patients were not adhering well to treatment and are concerned that this had an impact on their results.”

For this study, using the SEER-Medicare database, researchers gathered the largest study of 1,192 patients, aged 66 to 99 at diagnosis between 2007 and 2017, with CML receiving a TKI and followed patients for at least a year. They found that around 20% of patients had no guideline-recommended test and only 28% of patients had “optimal” monitoring. Looking at adherence to treatment recommendations, they found that only 67% of patients reasonably adhered to TKI treatment.

The Yale researchers found that patients with lower socioeconomic status had less lab follow-up, but newer patients had better follow-up. The team found that adherence to TKI treatment decreased with age, but improved with later diagnosis (similar to monitoring) as well as better overall access to healthcare. Less monitoring was itself associated with reduced adherence to TKI.

“These findings highlight areas for improving standards of care for elderly patients with CML,” said Nikolai Podoltsev, MD, PhD, associate professor of medicine (hematology) at Yale Cancer Center and senior author of the study. “You can only benefit from a treatment if you take it. Ensuring that elderly CML patients adhere to TKI therapy may help improve their outcomes. »

Funding for the study was provided by the Frederick A. DeLuca Foundation.

The Yale Cancer Center (YCC) is one of 51 National Cancer Institute-designated comprehensive cancer centers nationwide and the only such center in Connecticut. Cancer treatment for patients is available at Smilow Cancer Hospital through 13 multidisciplinary teams and at 15 Smilow Cancer Hospital Care Centers in Connecticut and Rhode Island. Comprehensive Cancer Centers play a vital role in advancing the NCI’s goal of reducing cancer morbidity and mortality through scientific research, cancer prevention, and innovative cancer treatment.