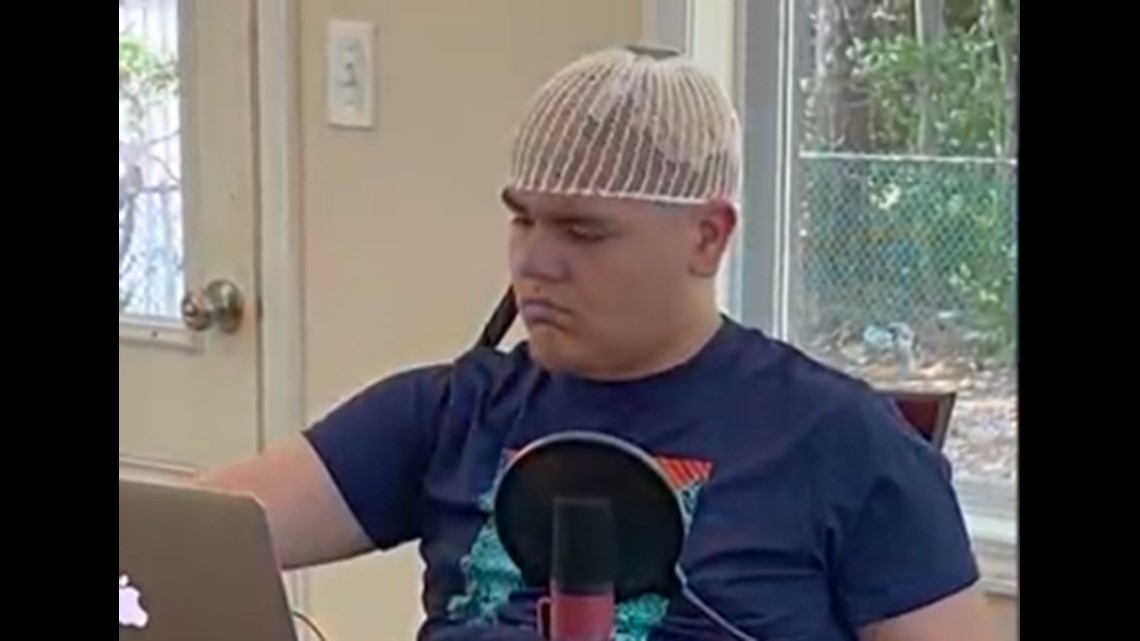 YOUR HEALTH: an anti-cancer helmet for children

HACKENSACK, NJ — About 13,000 Americans will be diagnosed with glioblastoma this year.

Ivan Galeano was among the first.

He was with his mother when the normally healthy teenager felt his left little finger go numb.

“And then from there it started spreading to the hand and the arm.”

His mother was immediately worried.

“At first I thought it was like a heart attack,” recalls VicMarie Del Valle.

“He thought it was a heart attack. So he started screaming.”

Ivan was rushed to a nearby hospital.

Doctors determined it was not a heart attack.

Then the MRI found something else.

“It was like a shadow on the right side of my brain,” Ivan said.

“Now we’re up against this monster and we’re going to do whatever it takes to get rid of it,” her mother said at the time.

But treating GBM is tricky.

“And that’s what makes it particularly difficult is that even when we remove the whole tumor, we know that it’s not all gone yet.”

That’s why Dr. Hanson wanted to try a promising treatment in adults, but not yet approved for use in children.

A special device called optune, worn on the head, with four threads attached to the scalp.

“And those four wires send electrical signals called tumor processing fields in the brain directed at the tumor,” he said.

Patients do not feel the signals, which disrupt the growth of cancer cells.

They wear the two-pound cap for 18 hours a day, even while they sleep.

“I’ll take care of whatever I have to do.”

So far, the experimental treatment is working.

“So there has been no recurrence since Ivan had surgery,” VicMarie said.

Researchers are evaluating the Optune device, along with chemotherapy for pediatric treatment.

Dr Hanson said researchers are in talks to expand the trial to a phase two, which would involve other children’s hospitals.

Researchers are also studying a new immunotherapy treatment to slow or stop the spread of cancer cells in people with glioblastoma and gliosarcoma and improve outcomes.

The clinical trial is testing whether immune checkpoint inhibitors given with standard treatment cause an immune response in the blood and whether that results in better outcomes than in people who don’t get a response.

Checkpoints are created by cells of the immune system, such as T cells and some cancer cells, and can prevent immune responses from being too strong and T cells from killing cancer cells.

“The main goal of our new immune surveillance study is to determine if the response in the blood is associated with a response in the brain tumor,” explained Dr. Mark Gilbert, chief and principal investigator at the Center for NCI cancer, Neuro-oncology. Plugged.

“That would suggest there is a benefit to getting an immune checkpoint inhibitor.”

“Effective microwave ablation treatment in the treatment of liver cancer”

What is your breast cancer risk score?